SQIFF set to return to Glasgow and beyond

The full programme for the 2017 Scottish Queer International Film Festival has been announced. Expanded over five days, SQIFF will host 40 events at venues across Glasgow from Wednesday 27 September to Sunday 1 October, with pre-festival screenings taking SQIFF across Scotland, from Dundee to Stornoway.

The third annual celebration of the best and boldest in queer filmmaking will open and close with two major Scottish premieres. Queer filmmaking hero Bruce LaBruce will be in Glasgow to introduce his latest film The Misandrists on Wednesday 27th September and on Sunday 1st October the festival closes with the first Scottish screening of Signature Move, Jennifer Reeder and Fawia Mirza's hilarious and honest look at the queer Muslim experience, love, family and female Mexican wrestling which garnered huge buzz at this year's SXSW. 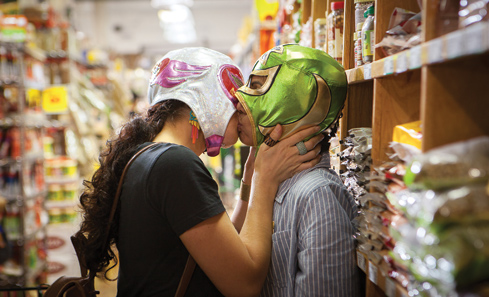 Across five days, SQIFF will host 40 screenings, workshops and inclusive parties at venues across Glasgow. Highlights include: Tickets to all screenings at SQIFF Festival Hub the CCA, Glasgow Women's Library and Transmission are priced on a new sliding scale from free to £8, an honesty scheme which allows audiences to pay what they can based on their personal circumstances and keeps the festival accessible for all. All SQIFF venues are wheelchair accessible, all screenings feature English language subtitles or captions and many events are BSL interpreted. As a teaser to the 2017 festival, SQIFF will be hitting the road, bringing a selection of fine queer movies to venues across Scotland (including Dundee, Aberdeen and Stornaway) from 21 - 26 September.

Highlights include an unmissable look at San Francisco's great chronicler in The Untold Tales of Armistead Maupin at An Lanntair, Stornoway on 23 September and Eden Court, Inverness on 24 September and Don't Look At Me That Way, a revolutionary German-Mongolian romantic drama at DCA, Dundee on 22 September, Belmont Filmhouse, Aberdeen and Edinburgh Filmhouse on 23 September and CCA, Glasgow on 24 September. The Edinburgh screening will feature a post-film Q&A with programmer Jacob Engelberg and academic Maria Pramaggiore to mark Bi Visibility Day 2017.

"We are really pleased to bring SQIFF to audiences in Scotland for a third year, offering a unique selection of queer cinema and an ethos of challenging barriers to accessing the arts. Expanding to five days this year is an achievement for us and we also have more filmmaker and artist guests than before travelling to take part in the Festival. As always, our focus is to provide a space for LGBTQ+ communities to explore their creativity, make connections, and feel welcome at an event designed to meet their needs.” say the SQIFF Team. 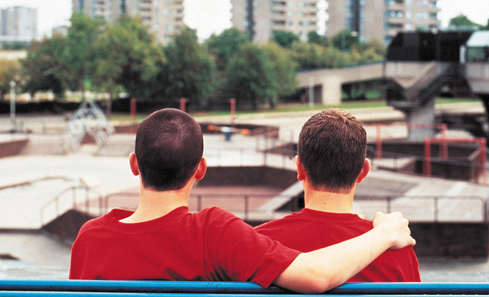 Jennifer Armitage, Screen Officer at Creative Scotland said: “Creative Scotland is proud to support the Scottish Queer International Film Festival 2017. SQIFF’s vision to celebrate LGBTQI cinema in all its forms has seen it grow into an internationally significant festival that helps to meet the need for greater equality, diversity and inclusion in Screen culture. This year’s expanded programme is full of ground breaking films and innovative events, and we are delighted that the festival will be hitting the road with a series of screenings before the festival starts, enabling audiences from communities across Scotland the opportunity to get a taste of the SQIFF programme and celebrate its accessibility and inclusivity.”

Tickets to all events are on sale now at www.sqiff.org.

SQIFF is funded by Creative Scotland and FilmHub Scotland, with support from Loch Fyne Ales.

SQIFF (Scottish Queer International Film Festival) was formed with the aim of adding to the exciting and growing amount of queer film stuff happening around Scotland. Its goal is to get people watching, talking about, and making more queer films. SQIFF wants to screen movies that people might not otherwise get a chance to see and to create inspiring and informative events alongside challenging inequality and barriers to accessing the arts. SQIFF is not-for-profit and run by the Festival Coordinator with assistance from the committee. SQIFF are an organisation by queer communities for queer communities.

Creative Scotland is the public body that supports the arts, screen and creative industries across all parts of Scotland on behalf of everyone who lives, works or visits here.  We enable people and organisations to work in and experience the arts, screen and creative industries in Scotland by helping others to develop great ideas and bring them to life.  We distribute funding provided by the Scottish Government and the National Lottery. For further information about Creative Scotland please visit www.creativescotland.com.  Follow us @creativescots and www.facebook.com/CreativeScotland

As part of the BFI's Film Audience Network, Film Hub Scotland (FHS) is one of nine Hubs set up across the UK to extend film choice, increase and broaden film audiences, and enhance opportunities for audiences to engage with and learn about film. FHS is led by Scottish Film which comprises Scotland's key cultural cinemas and festivals. www.filmhubscotland.com