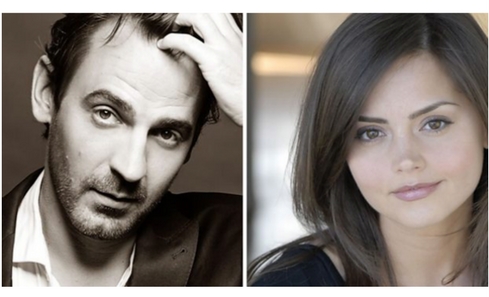 Jenna Coleman (Victoria, Doctor Who) and Ewen Leslie (Safe Harbour, Top of the Lake) are set to star in The Cry, a four-part thrilling, psychological BBC One drama written by Jacquelin Perske, adapted from the novel by Helen FitzGerald.

Filming in Scotland and Australia and directed by Glendyn Ivin (Safe Harbour, Gallipoli, The Beautiful Lie), The Cry is the first scripted television commission for Scottish-based production company Synchronicity Films.

On being cast in The Cry, Jenna Coleman says “I first read Jacquelin Perske's script on a plane, it felt like walking a tightrope, racing page to page, unsettling, unknowable, uncomfortable, and thrilling. I look forward to tackling this challenge and bringing it to the screen with such a talented team in Glendyn Ivin, Brian Kaczynski and Claire Mundell with Synchronicity Films and the BBC.”

Ewen Leslie adds: “From Helen FitzGerald’s addictive and exciting novel, to Jacquelin Perske’s beautifully written scripts, I’m absolutely thrilled to be a part of the amazing team that has been formed to bring these complicated characters and thrilling story to the screen. Synchronicity Films have a great track record in producing high quality drama and Glendyn Ivin is without a doubt one of the most exciting directors working today. I’m over the moon that they’ve asked me to join this amazing project.

Joanna (Coleman) and her husband Alistair (Leslie) deal with unthinkable tragedy under the white light of public scrutiny and in their private lives when their newborn baby is abducted from a small coastal town in Australia - changing their lives and their marriage forever. It is the catalyst for a journey into the disintegrating psychology of a young woman, exposing the myths and truths of motherhood.

Claire Mundell, Executive Producer for Synchronicity Films, said: “We couldn’t be more excited to have Jenna and Ewen as our lead cast, and to be bringing this emotional rollercoaster of a story to BBC and international audiences. I'm honoured that Synchronicity’s first scripted commission for BBC Drama is Helen FitzGerald’s Scottish-Australian page turner The Cry, brought to the screen by the combined talents of writer Jacquelin Perske and director Glendyn Ivin.”

Piers Wenger, Controller of BBC Drama Commissioning, said:“The Cry is an intense, psychological thriller which constantly surprises and I know that with the fantastic Jenna Coleman and Ewen Leslie leading the cast as the young couple thrown into haunting and exceptional circumstances, this will be a truly unmissable series for BBC One.”

The Cry is a 4x60’ drama written by Jacquelin Perske. The drama will be produced by Brian Kaczynski and Executive Produced by Claire Mundell for Synchronicity Films and Elizabeth Kilgarriff and Gaynor Holmes for BBC One. The Cry will be shot in and around Melbourne and Glasgow with the support of Film Victoria, Creative Scotland and Great Point Media. DRG hold the distribution rights.