Take One Action's eleventh annual festival will host 45 events this Autumn, including two European and three UK premieres. Over 60% of features screened are directed or co-directed by women, reflecting the festival’s continued commitment to championing female voices.

With concepts of truth and democracy stretched beyond recognition, with the rise of nationalist parties across Europe and beyond and independent journalism under threat, Take One Action! offers a welcome opportunity to celebrate our common humanity. Take One Action! returns to Edinburgh and Glasgow this September (heading on to Aberdeen and Inverness in November) to present another powerful selection of films responding to some of the most pressing events of our times.

With over 45 events to engage audiences in vital conversations of local and global significance, in a variety of community and arts spaces, the festival continues to harness the transformative power of cinema.

Tamara Van Strijthem, Executive Director, said: “Take One Action was set up in 2008 to bring people together, nurture conversations and empower audiences to be the change they want to see in the world – starting from Scotland. By providing access to crucial, moving stories from all over the globe as well as the information and tools to push for positive social change within their community and beyond, this festival harnesses the transformative power of film to foster a strong sense of connection.

"We are honoured to be sharing the stories of individuals and communities whose very resilience, tenacity and hope are radical acts of defiance. Thanks to our partners, audiences, volunteers, and the filmmakers whose work we champion, the films we screen and the conversations we foster do more than open eyes and minds: they are a direct invitation to reshape our world for the better.”

The festival will run from 12–23 September in Edinburgh and Glasgow, 16–18 November in Aberdeen and 23–25 November in Inverness.

Tickets for the Edinburgh and Glasgow screenings are now available via takeoneaction.org.uk/events or through the cinema venues.

More about the programme

A key focus this year is women’s empowerment, with the Festival’s Sisters strand presenting rousing portraits of female trailblazers. The festival’s continued commitment to championing women’s empowerment is also reflected in the programme, with 60% of the films on offer having been directed or co-directed by women. Time for Ilhan (European premiere) charts the unlikely political ascension of the first Somali refugee to be elected to the US House of Representatives. 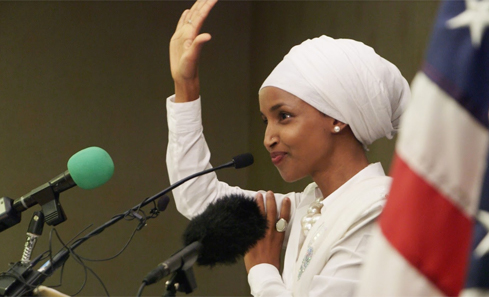 A Better Man offers a raw, intimate account of one woman’s search for a different path to healing and justice, 20 years after she escaped the man who abused her (the protagonist, Attiya Khan, also co-directed the film). Naila and the Uprising, which closes the Festival, provides a rare opportunity to revisit the key role played by women’s grassroots mobilisation during the first Intifada and to re-appraise the history of nonviolent resistance in Palestine from a feminist perspective. (The film’s main protagonist, Naila Ayesh, will be in attendance and will present a keynote address at a special event exploring women activism, held at Glasgow Women’s Library). 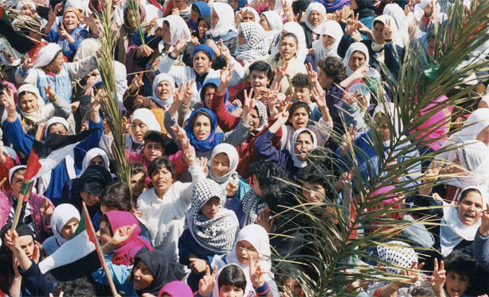 Social movements and the struggle for true democracy take centre stage in several titles, from Kinshasa Makambo (winner of the True Vision Award at True/False) a fascinating, no-holds barred portrait of young grassroots activists fighting for free elections in the DRC to Strike a Rock, which pays tribute to two grandmothers’ unwavering determination to improve living standards in their South African community, 5 years after the brutal repression of a mineworkers’ strike that resulted in dozens of deaths. The film also presents a damning indictment of the ties between the ANC government and the extractive industry – including compelling evidence of current president, Cyril Ramaphosa’s own involvement. 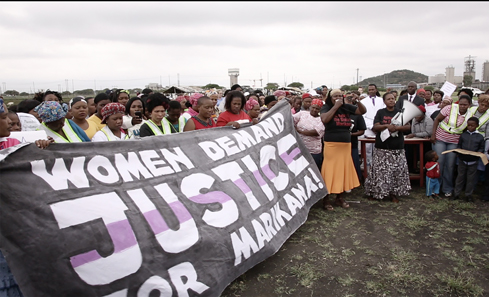 Canadian essay What is Democracy? (screening on international Day of Democracy, 15 Sept) explores the very definition of a much-misunderstood concept, and a fragile institution, while Europe’s own democracies come under particular scrutiny in Golden Dawn Girls, a disturbing but necessary look at the women behind Greece’s far right party and The Silence of Others (Grand Jury Award Winner, Sheffield Doc/Fest), which chronicles a growing campaign by Spanish citizens demanding their country confront the brutal crimes of Franco’s dictatorship.

A common thread weaving through many of the films in this year’s programme is the reality of displacement and the root causes of migration. These will be explored more specifically in the festival’s special short film programmes, presented at three community events. Take One Action will join forces with Kinning Park Complex for a Social Sunday takeover, which will also involve a meal, bike repair workshops and activities for kids; at Maryhill Integration Network, the short films have been curated by members of the community, who will take part in a conversation exploring how these stories reflect their own experiences as refugees, while the screening at Leith’s Out of the Blue Drill Hall will be accompanied by a meal cooked by Refugee Community Kitchen.

Climate change is, of course, also fuelling displacement across the globe – opening film Anote’s Ark (UK premiere) explores the fragility of low-lying Pacific island nations’ fate, as Kiribati’s president, Anote Tong, spends his last days in office trying to save his homeland from being swallowed by rising ocean levels while his citizens grapple with the very real risk of becoming climate refugees. Liberian activist and Goldman Environmental Prize winner, Silas Siakor, is the focus of Silas, which pays tribute to his commitment to expose and crush illegal logging and land rights violations –  and to embolden communities to seize back control of their lands. 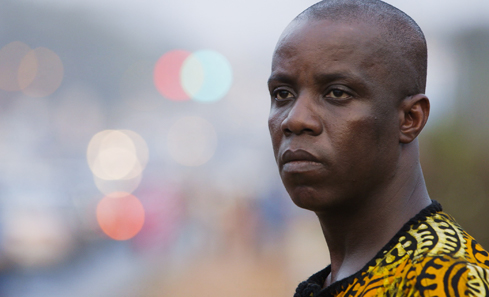 The Green Lie (UK premiere) is both a tongue-in-cheek and deadly serious exploration of corporate greenwashing, while The Cloud Forest (European Premiere) offers an intimate portrait of a Mexican community’s radical re-defining of their relationship to nature – and each other – to save an endangered ecosystem.

Every screening will be followed by a conversation enabling audiences to explore their own connection to the issues at the heart of the films with journalists, campaigners, politicians or the protagonists and filmmakers. The programme also includes additional workshops, masterclasses and events.

Many of the films are available to view in advance of the festival. For information, and to request interviews and images, please contact Ruth Marsh: ruth.marshpr@gmail.com / 07824468396

About Take One Action!

Take One Action! is the UK’s leading social change film festival, linking global stories to local opportunities for a fairer, more sustainable world.  it empowers audience members to engage directly with film-makers, activists and each other - and to take action themselves. The festival is supported by funding from Creative Scotland and the Bertha Foundation and also runs in Aberdeen (16-18 Nov) and Inverness (23-25 Nov).

This year’s partners include Oxfam Scotland, Christian Aid Scotland, Unison Scotland, Global Justice Now, Moving Docs, Engender, the Scottish Documentary Institute, the Global Health Academy at University of Edinburgh and Glasgow City Council. Take One Action in 2018 is also being supported by SPEAK!, a  global campaign to help give a voice to everyone, everywhere, which has been developed by CIVICUS, as part of the Civic Space Initiative.

The festival’s patrons are film director Ken Loach and screenwriter Paul Laverty, and it is funded by Creative Scotland and the Bertha Foundation.

All festival events are accompanied by discussions with filmmakers, journalists, campaigners, academics or politicians.

Take One Action! are politically neutral. Our intention is to inspire people to feel empowered to take their own actions to make the world a fairer, kinder, more sustainable place. We also encourage people to organise their own film screenings through our TOA Locals programme.

For more information on the Take One Action Film Festival and related year-round activity, see takeoneaction.org.uk

Creative Scotland is the public body that supports the arts, screen and creative industries across all parts of Scotland on behalf of everyone who lives, works or visits here. We enable people and organisations to work in and experience the arts, screen and creative industries in Scotland by helping others to develop great ideas and bring them to life. We distribute funding provided by the Scottish Government and the National Lottery.

Bertha Foundation fights for a more just world. It supports activists, storytellers and lawyers that are working to bring about social and economic justice, and human rights for all. It envisions a society in which activists build collective power, stories come from many different voices, and law is used as a tool for justice. Follow Bertha on ‎@BerthaFN and www.berthafoundation.org