The full programme has been announced for the fourth annual Scottish Queer International Film Festival, taking place at venues across Glasgow including CCA, GFT, The Art School and Kinning Park Complex, from 5 - 9 December 2018.

SQIFF 2018 will open on Wednesday 5 December at Glasgow Film Theatre with an exciting and boundary-pushing night of contemporary LGBTQ+ shorts from around the world, all seen in Scotland for the first time.

Entertaining and enlightening in equal measure...

"The festival is an incredibly important voice within the Scottish film sector, and is leading the way with regards to equalities, diversity and inclusion. With another vibrant and wide-ranging programme for 2018, SQIFF continues to entertain and enlighten in equal measure, and audiences can look forward to another exciting festival this December.”

The festival will close on Sunday 9 December with the Scottish premiere of lesbian rom-com White Rabbit, following recently-single LA performance artist who repeatedly encounters a strange woman as she takes on odd jobs via TaskRabbit. 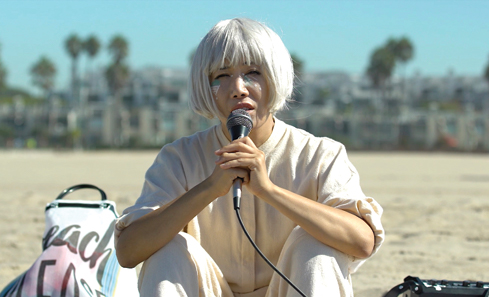 Other highlights across the five day festival include: 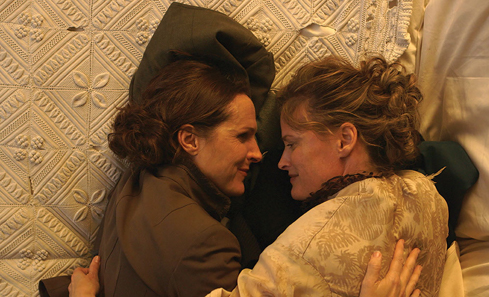 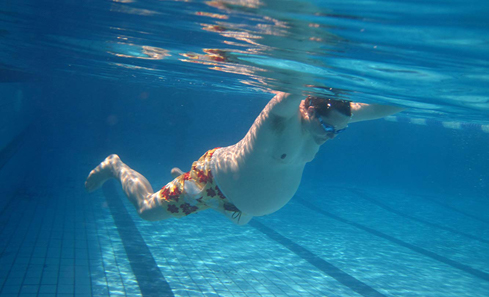 Tickets to all events are on sale now and are priced on a pay-what-you-can sliding scale of £0-£8 based on individual circumstances. Audience members choose what they are able to pay – we don't ask for any proof of circumstances, we just ask that they are honest.

In order to make the Festival further accessible to more people, all films will be screened with English language captions for D/deaf and Hard of Hearing access with BSL interpretation and audio description available at select events.

As a teaser to the main festival, SQIFF will be on tour throughout November, taking the best in queer cinema to some of our favourite Scottish screens - from a showing of the Oscar-winning A Fantastic Woman at An Lanntair in Stornoway to the smash-hit Kenyan lesbian drama Rafiki visiting Edinburgh and Dundee.

SQIFF 2018 is funded by the National Lottery through Screen Scotland with opening and closing events sponsored by Merchant City Brewing Company.

The SQIFF Team said: "We are really happy to be focusing more than ever on representing voices marginalised within film culture at this year's Festival. We are considering queer D/deaf and disabled representation and access with several events including a discussion on combining access and aesthetics with EJ Raymond, Caglar Kimyoncu, and Collective Text, and a Deaf Perspectives shorts programme.

"We also have a strand on Queer Arab Lives in partnership with Dardishi magazine, and an East Asian Focus with LGBTQ+ films from China, Japan, Taiwan, and Korea. We are thinking about lesbian aesthetics with a screening of new doc Dykes, Camera, Action! with a special introduction from poet, critic, and activist So Mayer. Furthering our big aim of promoting queer filmmaking in Scotland, we also have more homemade content than ever before with screenings of Rosana Cade's Walking:Holding and Natasha Lall's Pink Excavation alongside our annual showcase of Scottish shorts.

"Our efforts to make the Festival accessible to more people are increasing this year with a quiet space available at our main venue the CCA and a travel fund open to any audience member who couldn't otherwise afford to come along. After its success last year, we will again be offering a sliding scale ticket price with people choosing what to pay between free and £8."

Sean Greenhorn, Screen Officer at Screen Scotland said: “The festival is an incredibly important voice within the Scottish film sector, and is leading the way with regards to equalities, diversity and inclusion. With another vibrant and wide-ranging programme for 2018, SQIFF continues to entertain and enlighten in equal measure, and audiences can look forward to another exciting festival this December.”

SQIFF (Scottish Queer International Film Festival) was formed with the aim of adding to the exciting and growing amount of queer film stuff happening around Scotland. Since 2015, we have held an annual festival in Glasgow alongside providing year round events across various locations. Our goal is to get people watching, talking about, and making more queer films. We want to screen movies that people might not otherwise get a chance to see and to create inspiring and informative events alongside challenging inequality and barriers to accessing the arts.