Lost In France explores the rise of Scotland's independent music scene in the '90s. 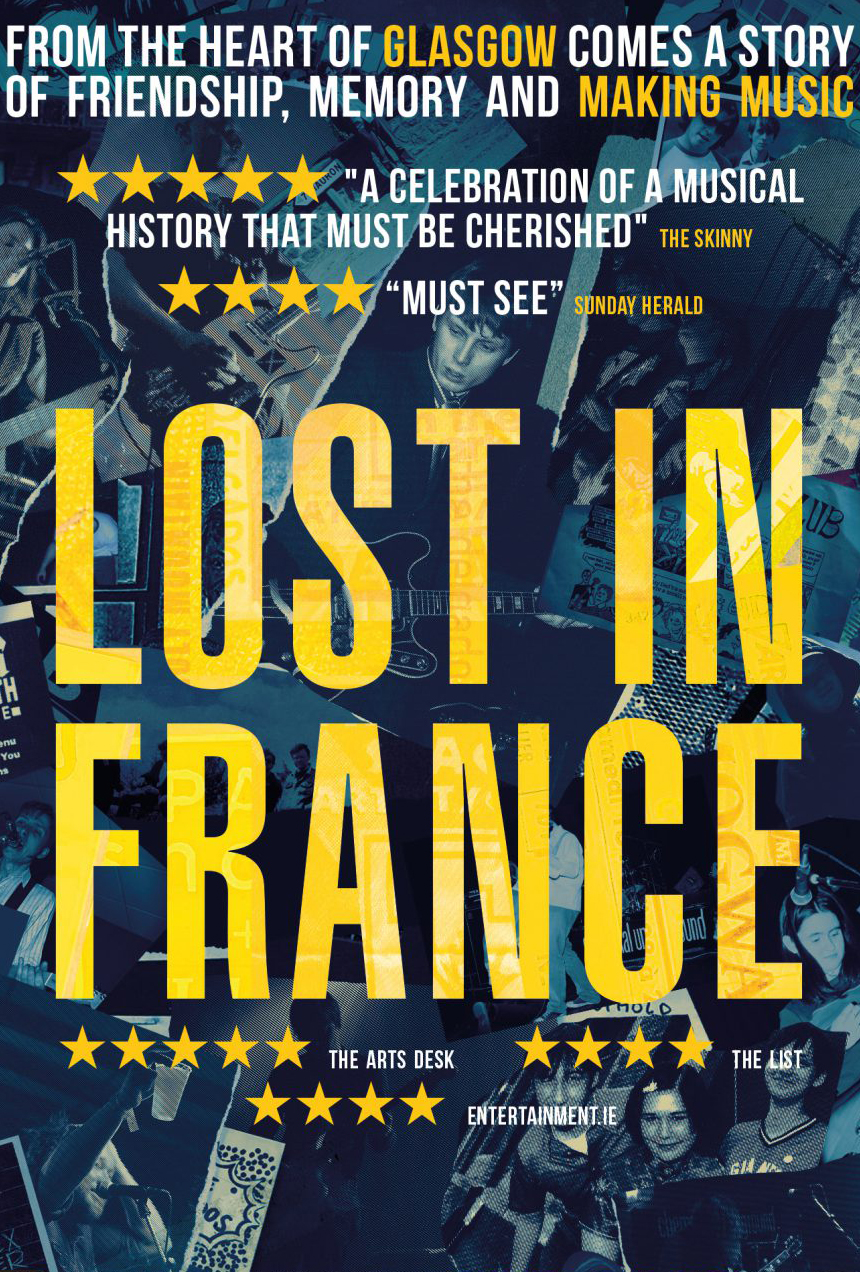 Irish director Niall McCann’s Lost In France explores the rise of Scotland's independent music scene in the '90s, led by cult label Chemikal Underground. Featuring The Delgados, Bis, Mogwai, Arab Strap, Franz Ferdinand and other seminal acts, this is an intimate film exploring friendship, creativity and music. On the journey, we revisit a defining, chaotic trip early in the musicians' careers, re-staging a concert in Brittany that connects the characters in life (and on stage) for the first time in many years.

In Glasgow in the mid-1990s, flourishing indie rock band The Delgados established cult record label Chemikal Underground, heralding a renaissance of independent music in the city that would bring the likes of Mogwai, Arab Strap and Franz Ferdinand to the world. Lost in France, an exhilarating new documentary, explores the rise of this Glaswegian music scene, revisiting a defining, chaotic trip to France in the musicians’ early careers. Featuring a stunning mix of live performances and frequently hilarious interviews, the film reunites key label personnel in an intimate exploration of friendship, memory and making music.