Sunset Song is a story of hope, tragedy and love at the dawning of the Great War. 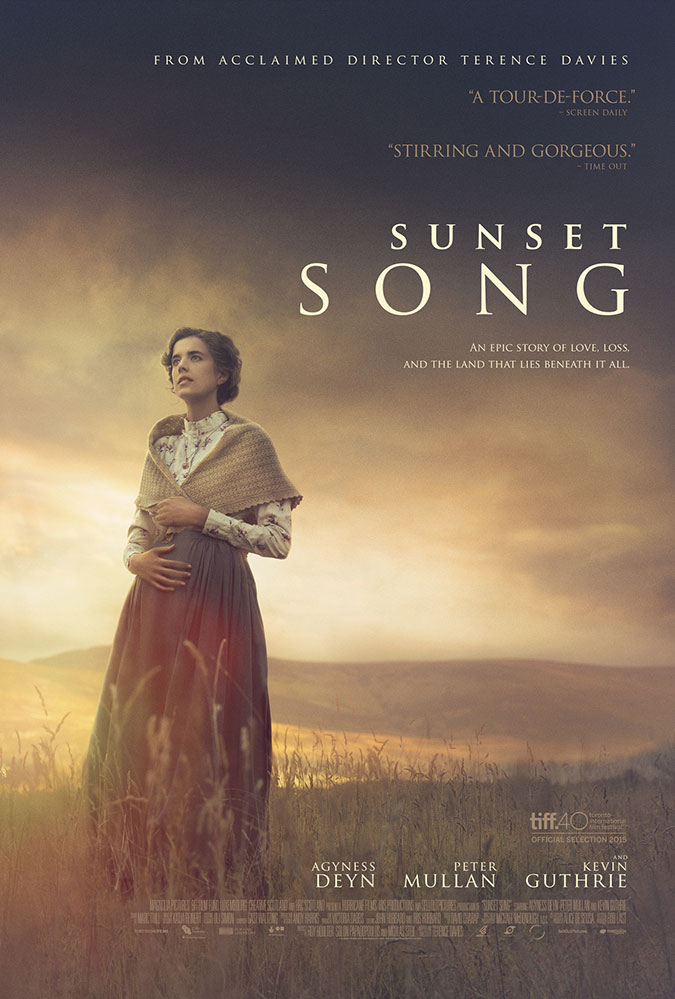 Sunset Song is the story of a young woman's endurance against the hardships of rural Scottish life, based on the novel by Lewis Grassic Gibbon, Sunset Song takes place during the early years of the twentieth century, with the conflicts and choices a young woman experiences reflecting the struggle between tradition and change; a struggle that continues to resonate today.

Set in a rural community, Sunset Song is driven by the young heroine Chris and her intense passion for life, for the unsettling Ewan and for the unforgiving land. The First World War reaches out from afar, bringing the modern world to bear on the community in the harshest possible way, yet in a final moment of grace, Chris endures, now a woman of remarkable strength who is able to draw from the ancient land in looking to the future.