Sky announces start of production in Glasgow for Borderland

Sky today announces the start of production in Glasgow for new Sky Original revenge-filled action thriller Borderland written by Top Boy creator Ronan Bennett and The Guard Brothers. Sky, Ingenious Media and Rocket Science present in association with Screen Scotland and LipSync. Borderland will be available on Sky Cinema in 2022.

When a border ambush goes wrong, a retired Irish paramilitary (Morgan) witnesses the fatal shooting of his pregnant wife by an SAS officer (Ameen).  After outwitting the SAS, now wounded, and presumed dead, he escapes, taking his revenge to the dark and paranoid streets of 1970’s London. Raw and suspenseful, Borderland is an adrenaline-fueled thriller that will leave audiences weighing up the true cost of revenge. 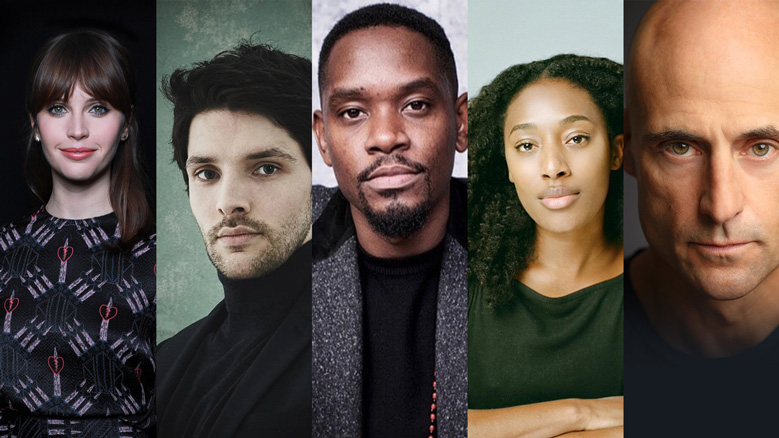 Julia Stuart, Director of Original Films at Sky, comments: “I’m hugely excited to watch Borderland move from script to screen as it starts production in Glasgow. Packed with action, Borderland promises to keep you on the edge of your seat and I’m truly looking forward to bringing this tale of love, loss and revenge to Sky Cinema in 2022.”

Chris Coen, Producer, Upper Street, comments: “The best ones take time. Ronan wrote the first draft of Borderland in 2012 and here we are.  I’m beyond excited to be in filming Glasgow along with my producing partners realising The Guard Brother’s thrilling vision with an unbelievable cast and crew.”

Tom and Charles Guard, Directors of Borderland, comment: “Borderland is a vengeance fuelled chase movie, fusing pulse ticking action with a powerful message for our times. We’re excited to be bringing this film to life on the streets of Glasgow and feel very lucky to have assembled an incredible cast and a formidable crew.”

Borderland is directed by Tom and Charles Guard (The Uninvited), written by Ronan Bennett (Top Boy) and The Guard Brothers. Borderland is an Upper Street, Stylopic, A Piecrust and Highland Midgie Production, produced by Chris Coen, Brian Coffey, Rebecca Brown and Thorsten Schumacher and executive produced by Julia Stuart and Laura Grange at Sky and Norman Merry and Peter Hampden at LipSync.

Sky Cinema is the home of Sky Original films, with brand new films launching every month alongside an unrivalled range of the latest cinema releases and on demand library.

Borderland will be available in all Sky markets including UK, Ireland, Italy, Germany, Austria and Switzerland. Borderland is also due to have a theatrical release in non-Sky markets.