Today, Thursday 23 June 2022, Screen Scotland publishes the first comprehensive study of its kind evidencing the value of Scotland’s film and TV industries to the country’s employment and economic prosperity.

Commissioned by Screen Scotland and produced by Saffery Champness and Nordicity, the new independent report finds that the screen sector in Scotland contributed £567.6million to Scotland’s economy in 2019, providing 10,280 full time equivalent jobs.

The wide-ranging study analyses the economic contribution of the screen sector value chain - film and TV development and production, animation, VFX and post-production, film and TV distribution, TV broadcast, film exhibition - and extends into the supply chains that provide services at each stage of the content process, including facilities, equipment, transport, catering and accommodation.  Beyond that direct supply chain, the study looks at where the screen sector stimulates economic activity elsewhere in the Scottish economy: screen tourism, the education and training sectors and infrastructure.

The report covers 2019, the year before the onset of Covid and the first full year following the establishment of Screen Scotland in late 2018. A follow up study of 2021, the year in which the current boom in Scotland-based production started in earnest, is in progress and will be published in early 2023. 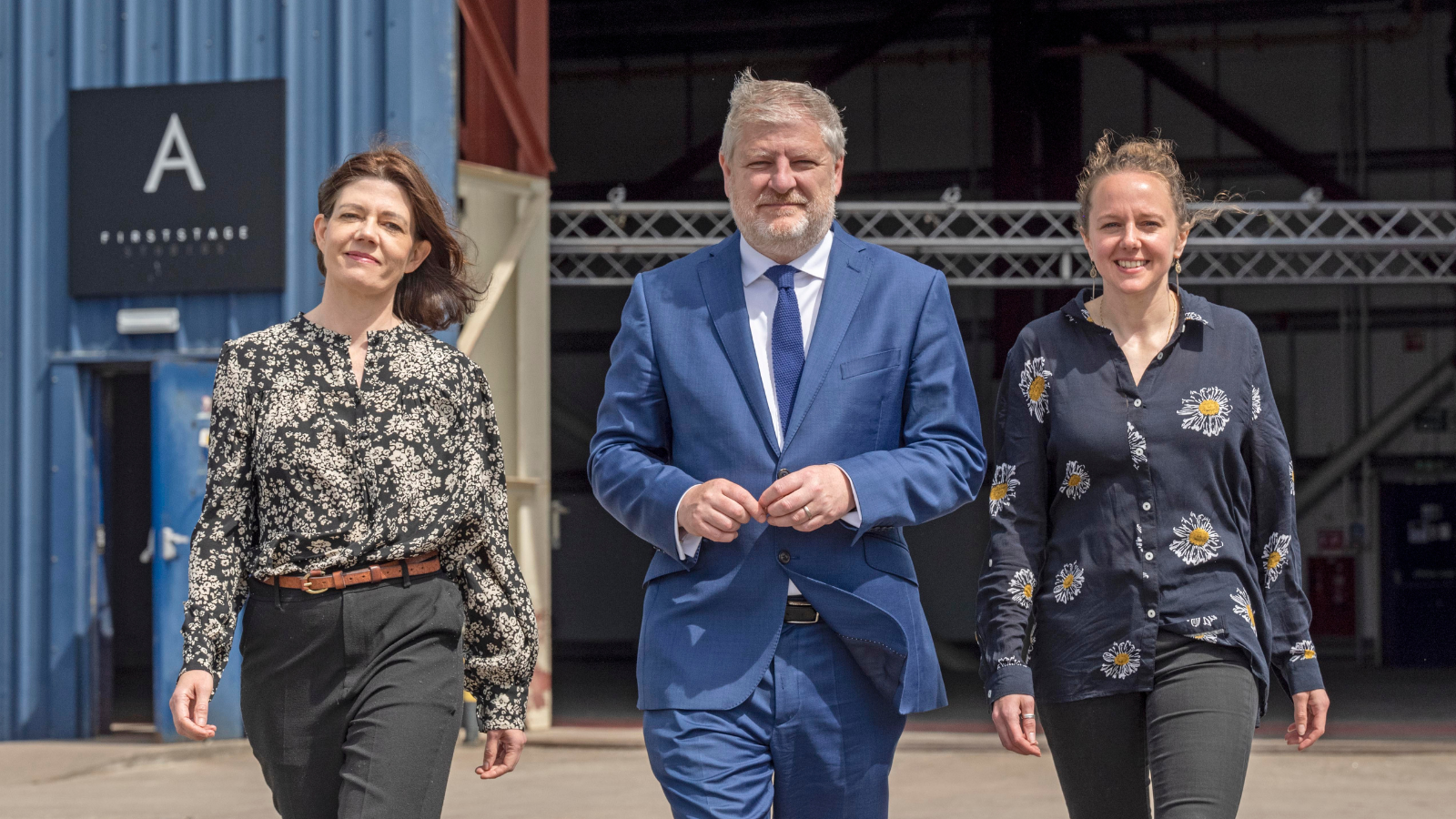 Isabel Davis, Screen Scotland’s Executive Director said: “A strategy for the Scottish screen sector needs robust numbers – they reveal where there's room for growth, the interdependencies of related sub sectors, along with the spillover benefits to tourism, retail, hospitality and construction.

“This is the first true benchmark of the value of Scotland’s screen sector and it’s far larger than has been captured by previous studies. Better still, we see the potential to double GVA by 2030, if investment in local content, production skills and infrastructure continues.

“Ultimately our goal is to strengthen locally originated production and the many industries that surround it.  The positive interaction between large scale incoming production and the local sector, recently evidenced in productions such as Good Omens and Batgirl, is an important part of that picture.”

David Smith, Director of Screen at Screen Scotland added: “This Report confirms how strong Scotland’s screen sector was in 2019.

“Significantly the Safferys/Nordicity report also reveals that the UK’s public service broadcasters, particularly the BBC and Channel 4, were the cornerstones in our creative economy in 2019. They spent an estimated £196.6 million on content production in Scotland in 2019, and a further £61.1m on their broadcasting support operations in Scotland, such as transmission, sales and marketing, administration and other overheads.

Culture Secretary Angus Robertson said: “This report shows the exceptional growth that Scotland’s film and TV industries have experienced in recent years; generating millions for the economy, creating thousands of jobs and providing opportunities for skills and talent development in roles across the sector.

“This comprehensive study demonstrates the value of the screen sector to other parts of Scotland’s economy, including hospitality and tourism. It highlights the important place that screen has in generating and sustaining employment and the vital role of public service broadcasters in contributing to that growth.

“Supporting the screen sector is a key priority for the Scottish Government and we are committed to ensuring that this growth continues to develop our sustainable creative economy, making Scotland an attractive place to live and work for people across the creative industries.”

Douglas Mackinnon, director and showrunner commented: “People who work in the screen sector in Scotland have in their gift a chance to go even further than we already have in our very successful recent period, by supporting large scale productions as well as bringing through Scottish voices with confidence onto an international platform.

“It’s great to see the full value of film and TV recognised in this report.  Scottish Government and its agencies across the country will build on this success by continuing to invest seriously in skills and talent, and by responding nimbly and ambitiously to the needs of productions.”

The full Economic Value of the Screen Sector in Scotland report is available to download from the Research section of our website, alongside an accompanying summary report which also includes a variety of case studies.

1. In February 2021, Screen Scotland commissioned international consultancy Saffery Champness LLP and Nordicity to prepare a full-scale economic impact study to assess the value of the Scottish screen sector, its sub-sectors and activities, and linkages to and influences on wider economic activity across Scotland.

2. The work was undertaken with the support of industry partners including the BFI, ONS, Ofcom, public service broadcasters (PSBs), VisitScotland, Companies House filings and D&B Hoovers. 2019 is the latest year that full data can be provided to calculate and analyse the complete economic contribution of the screen sectors.

3. The purpose of the study was to establish a consistent method of data collection that can determine the full impact of the Scottish Government’s investment in the screen sector, highlighting the sector’s development and progress against targets, tracking back to a clear baseline.

4. The screen sector has been defined as inclusive of film and TV development and production, animation, VFX and post-production, film and TV distribution, TV broadcast, film exhibition, film and TV skills and education, and film and TV production facilities. The study covers film, TV and other audio-visual content; it does not cover the video games sector, nor does it include all of the commercials/corporate sector or online video production. In that regard, the report focuses on film and TV that is intended for initial release in cinemas, on broadcast or multichannel TV or related catch-up services, or subscription video on demand (SVOD) services.

5. The study draws upon a variety of different sources – the Annual Business Survey (ABS), other data from the Office for National Statistics (ONS), the British Film Institute (BFI), Ofcom, industry surveys and interviews – to provide a comprehensive estimate of the contribution that the entire screen sector value chain and its spillover impacts – particularly screen tourism and screen education and skills development – make to Scotland’s economy.

6. The Report looks at the calendar year 2019, the year before the onset of the global pandemic. It is the intention of Screen Scotland to update this study in 2022 by surveying 2021, the year after the most comprehensive lockdowns closed cinemas and shutdown production. Once this second survey is complete, a picture will be provided of the economic value of “screen” to Scotland immediately prior to the pandemic and as we emerged from Covid-19 restrictions across 2021.