Colours of the Alphabet

An inspiring, bittersweet film on language and childhood, following three Zambian children and their families over their first year of school, and asking: Does the future have to be in English?

Colours of the Alphabet tells the story of three children and their families over two school terms, and asks the question: does the future have to be in English?

The official language in Zambia is English, but there are seven national languages and 72 ethnic languages spoken in the country. How does anyone communicate in this living Tower of Babel? This lyrical and beautifully-filmed documentary is an eye-opening tale of the relationship between children and language from those first apprehensive days at school to the playground excitement at the end of term.

In a world where nearly 40% of the population lack access to education in their own language, Colours of the Alphabet is an affectionate and humorous portrayal of childhood innocence, misplaced hope, and the role of language as a means of binding a nation together - with multi-coloured subtitles to reflect the multilingual reality of the classroom. 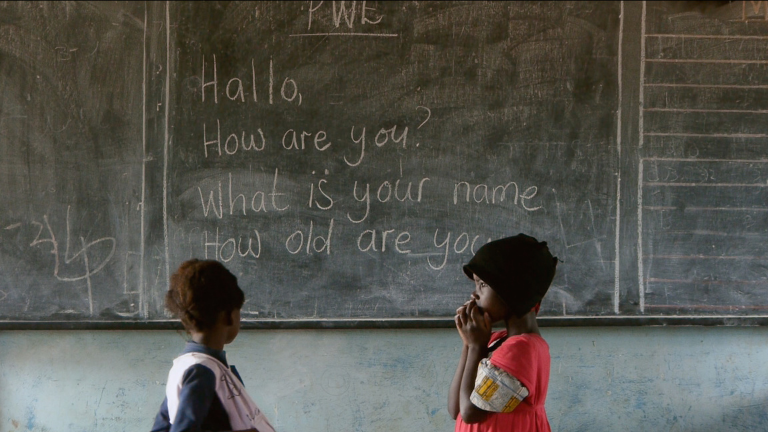 Colours of the Alphabet premiered at the 2016 Glasgow Film Festival. As part of its international release it was translated into over 40 languages, including 30 indigenous African Languages and launched across Africa as part of an International Impact Project, culminating inscreenings at the UN.