After 20 years, Mark Renton returns to Edinburgh to reunite with his old friends.

Twenty years have gone by. Much has changed but just as much remains the same. Mark Renton (Ewan McGregor) returns to the only place he can ever call home. They are waiting for him: Spud (Ewen Bremner), Sick Boy (Jonny Lee Miller), and Begbie (Robert Carlyle).

Other old friends are waiting too: sorrow, loss, joy, vengeance, hatred, friendship, love, longing, fear, regret, diamorphine, self-destruction and mortal danger, they are all lined up to welcome him, ready to join the dance.

Creative Scotland funding: £500,000 Production Growth Funding. Comprising funding from the Scottish Government and the National Lottery, the fund aims to stimulate growth in film and TV drama production and encourages international productions to come to Scotland.

We LOVE working in Scotland...

"We LOVE working in Scotland, we had the most amazing experience. It's amazing to be a guest in two of the world's greatest cities." 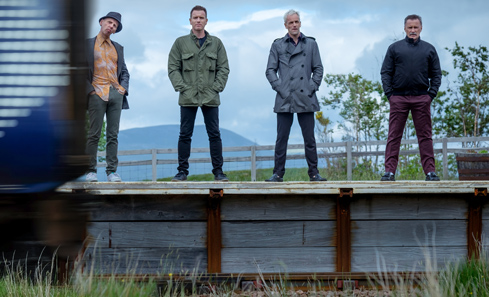