On her first day at the DCA, fresh-faced rookie Cassandra Clarke, is teamed with a reluctant burnt-out detective, Nate Huston, to investigate the murder of a prominent politician. While all evidence points to a botched robbery, it soon entwines the two detectives into a complex, interconnected series of crimes that are anything but an open-and-shut case.

In the game players must explore detailed, isometric crime scenes, navigating perspectives to uncover new clues. Question suspects in the area and find contradictions in evidence to catch them out.

With their collected evidence players must use an innovative mindmap to connect a complex web of suspects, motives, methods, and evidence in a unique, deduction mindmap puzzle.

Crafted as an 8-part episodic deduction thriller MURDER MYSTERY MACHINE follows Cass and Nate as they solve a series of murder cases across the city. Murder is never simple, and Cass and Nate need to trust their gut to make one final choice. 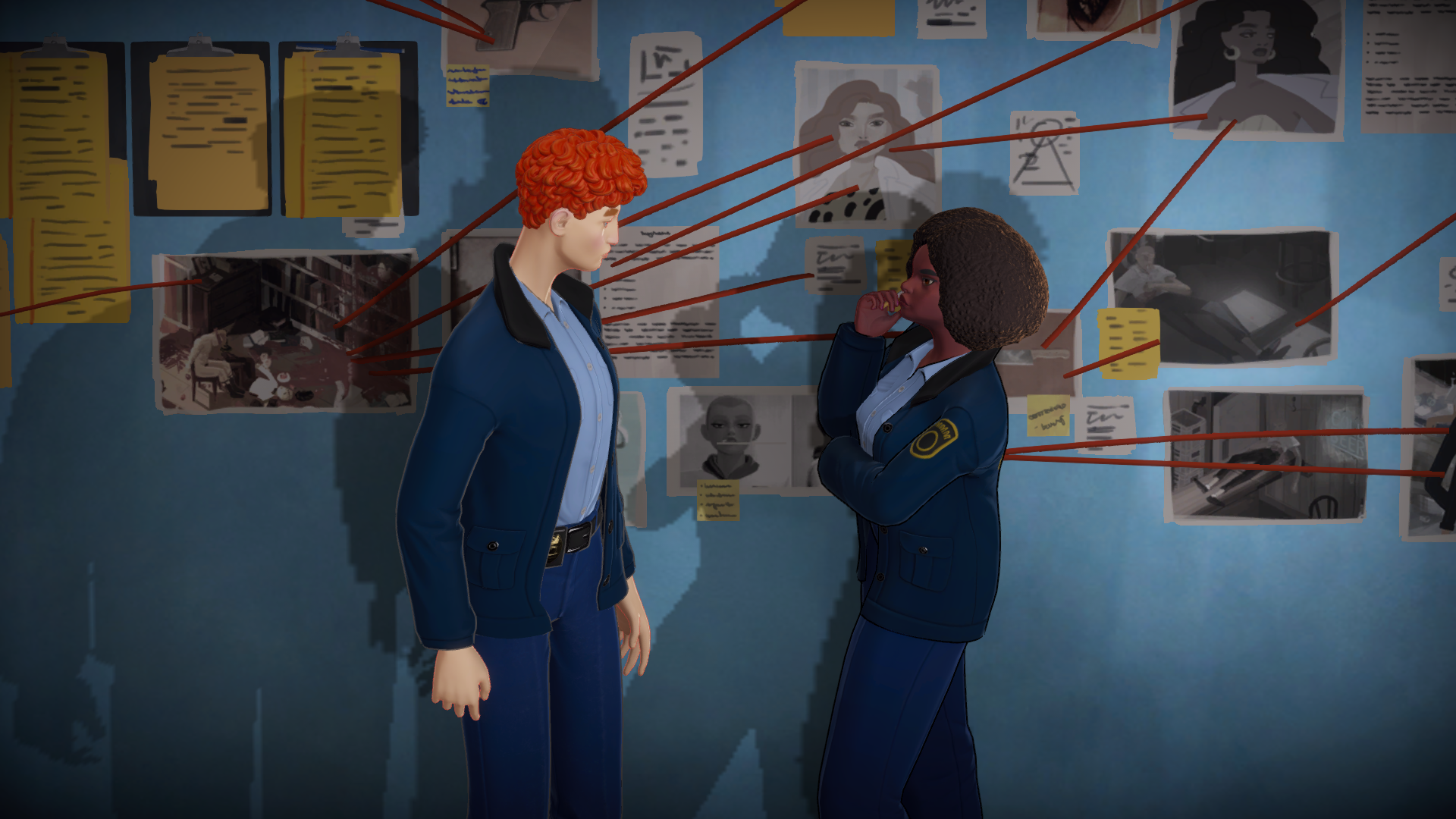 The Daily Fandom - “If you love detective games, murder-mystery games, then this is a must-play.”

LadiesGamers - "It’s easy to learn, difficult to master, and filled to the brim with smart puzzles for anyone who loves a good who done it story"