Edinburgh International Film Festival is delighted to announce today that it will return in a new and innovative form this summer, running 18 - 25 August 2021.

Championing Scottish and UK filmmaking, the Festival will include physical screenings and events indoors in Filmhouse Cinema and outdoors with Film Fest in the City in St Andrew Square, in a rich and diverse programme celebrating the return to cinemas and the collective cinema experience.

The festival will also be available to audiences across the UK through its online platform, Filmhouse at Home, where alongside the films viewers can access Q&As and hear first-hand the insights, experiences and passions of directors, filmmakers and actors.

In addition, the Festival is collaborating with partners to widen its reach through a programme of presentations across Scotland, opening up access and inspiring curiosity in many who may previously not have been able to experience the Festival programme. More will be announced in the coming weeks. 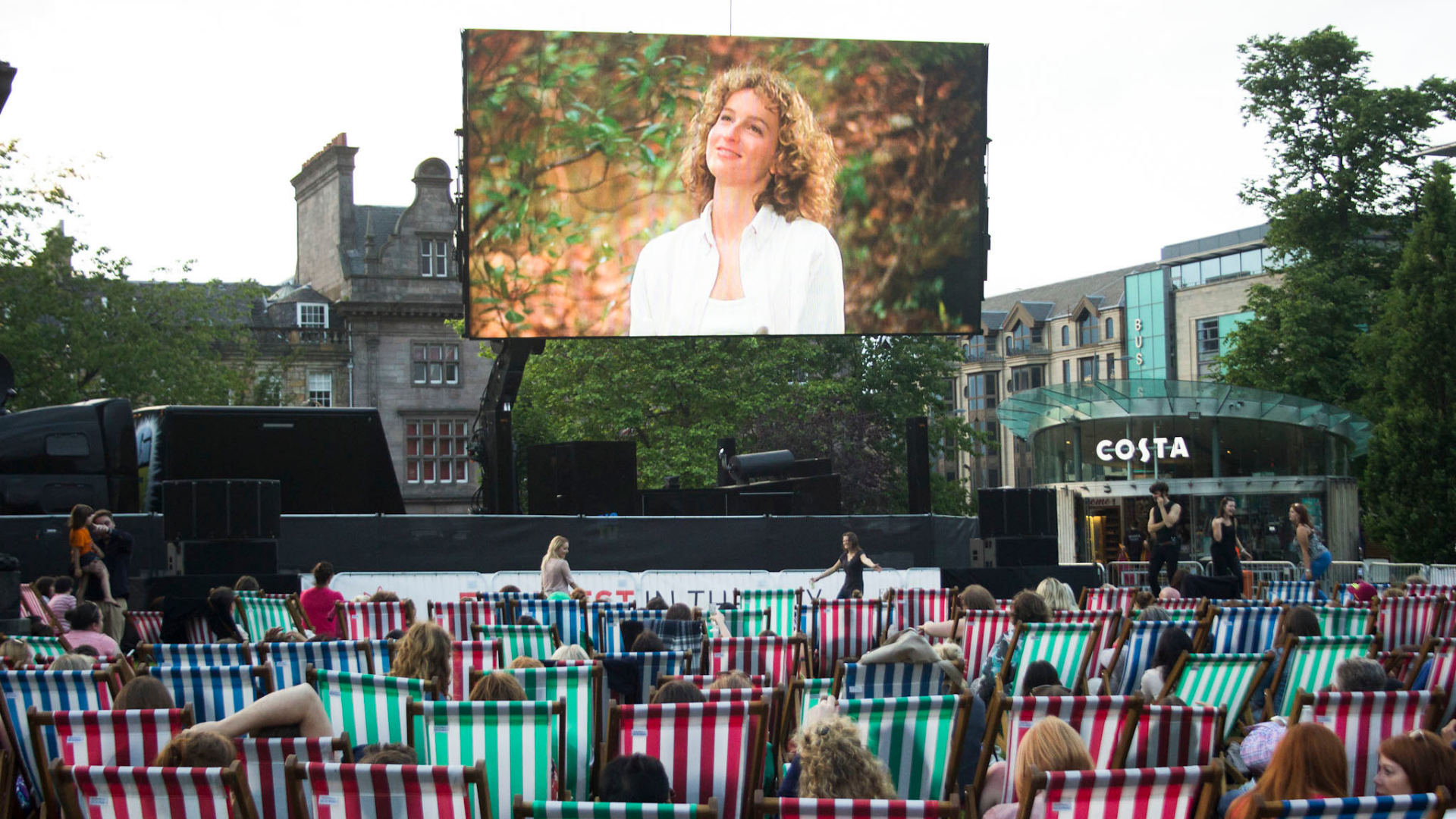 A watery themed, Film Fest on the Forth (31 July and 1 August) will show films the whole family can enjoy at a purpose built outdoor cinema space at Port Edgar Marina in the shadow of the Forth’s iconic bridges. Film Fest on the Forth is also supported EventScotland in celebration Scotland’s Year of Coasts and Waters 20/21.

The Festival’s first priority at all its screenings and events will be the safety of its audiences and guests.

This year’s Edinburgh International Film Festival programme has been brought together by a team of regular and guest programmers led by Nick Varley, founder and former co-CEO of distributor Park Circus.

Alongside Nick, guest programmers Christophe Mercier, formerly Fox Searchlight and Warner Bros, who is working on the international selection and Nada Cirjanic formerly Great Point Media and Independent Film Sales, who is focused on UK titles who together will bring together a condensed programme of features which will join documentaries programmed by Rohan Crickmar, animations selected by Abigail Addison, shorts programmed by Jenny Clarke and experimental films selected by Lydia Beilby and Kim Knowles.

Selections will seek opportunities to both find new ways to bring people together around unique cultural experiences and address the huge social changes and climate issues that face the planet after more than a year in lockdown, bringing the insights of global thought leaders to Festival audiences and championing social change and action.

The full programme will be announced and tickets go on sale on Wednesday 28 July. Announcements on outdoor programmes, opening and closing films will be made in due course.

EIFF will open accreditation for press and industry screenings following the programme launch.

EIFF Talent Lab 2021 adopts a virtual format running across two weekends in August (13-15 and 20-21). The Lab will support writers, directors and producers from Scotland, the UK and internationally, with a programme designed to help them take next steps towards their first feature film. 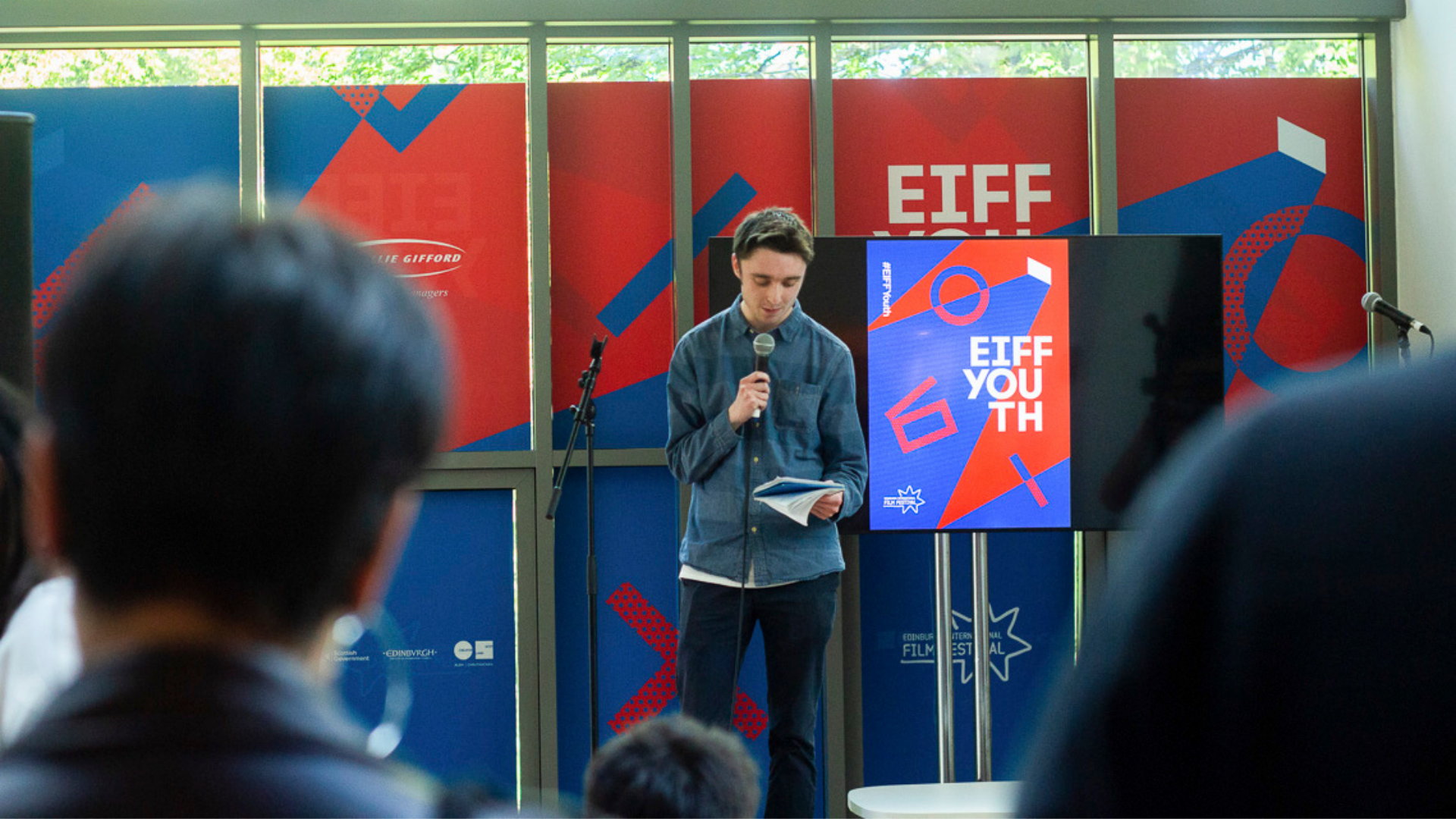 This year EIFF Youth will gather in Edinburgh over the middle weekend of the Festival, and online over an extended weekend, to take part in workshops, access career advice, look at environmental issues in cinema production, meet and interview filmmakers.

Edinburgh International Film Festival is also teaming up with Filmarket Hub to launch a new talent showcase, to be announced on 28 May.

Ken Hay, CEO of Edinburgh International Film Festival, said: “We all love film and we’re delighted that EIFF is back in 2021, focusing on bringing communities together and celebrating the communal cinema experience as widely and inclusively as possible. The Festival will play a leading role in hailing the return to cinema-going and champion Scottish and UK films to audiences and industry around the world. We also believe that in this year particularly, that EIFF has a strong role to play in highlighting key social issues and will seek to deliver a programme that inspires curiosity and action in our audiences.”

Culture Minister Jenny Gilruth said: “I am delighted that the Edinburgh International Film Festival is returning this summer with a programme that extends across Scotland.

“As well as celebrating the collective cinema experience, the Festival will also help writers, directors and producers take next steps towards their first feature film through the Talent Lab 2021 programme supported by the Scottish Government.”

Isabel Davis, Executive Director at Screen Scotland said: “As people start to come back together over the summer it's exciting that EIFF will offer audiences in Edinburgh, Scotland and across the UK a celebration of the communal experience of cinema. Filmhouse will once more play host but this year the festival will also animate the city, from its centre to its shore, as well as offer an accessible, digital programme will enable audiences unable to attend in person to experience the festival online.”

Paul Bush OBE, Director of Events at VisitScotland, said: “Events are a key part of the social and economic fabric of Scotland and following the challenges presented by the pandemic over the last year, it is wonderful to see Edinburgh International Film Festival has returned with a high-quality hybrid programme for film fans to enjoy in a way they feel most comfortable, whether that’s in person or online.

“EventScotland is delighted to be supporting this year’s festival, including both Film Fest in the City and Film Fest on the Forth in celebration of Scotland’s Year of Coasts and Waters 20/21, and we look forward to hearing more of what’s on offer across the programme in the weeks to come.”

Cllr Donald Wilson, Culture and Communities Convener for the City of Edinburgh Council, said: “We’re proud to continue our support of the world’s oldest continuous film festival which explores new ideas in filmmaking and is known for heralding and debating the latest developments in cinema. It was much missed last year and I look forward to the return to the collective cinema experience with events and screenings planned for the Filmhouse and St Andrew Square as well as the online platform for audiences to enjoy from home.

“Public safety will of course remain a priority, and we can all very much look forward to the full programme announcement in July.”