LUX Scotland has announced artist Sulaïman Majali as the thirteenth recipient of the £15,000 Margaret Tait Award, Scotland’s most prestigious moving image prize for artists. Sulaïman will use material gathered from Andalucia, Vienna and Istanbul alongside new research in Jordan, Scotland and England to make a new work. The new moving image work takes the gravity of object, image and space into fugitive geographies of the crease and the fold as poetic and conceptual strategies. The project considers scheherazade, moses, the magician, the jester, the fool as languages and devices in order to speak and think about surviving empire. Following the premiere of their new work at Glasgow Film Festival in 2023, Sulaïman Majali will take part in a solo exhibition at LUX in London as well as a Scotland-wide tour.

Sekai Machache, Rae-Yen Song, and Natasha Thembiso Ruwona were shortlisted alongside Sulaïman Majali from a pool of eligible artists who were nominated through an open call process. 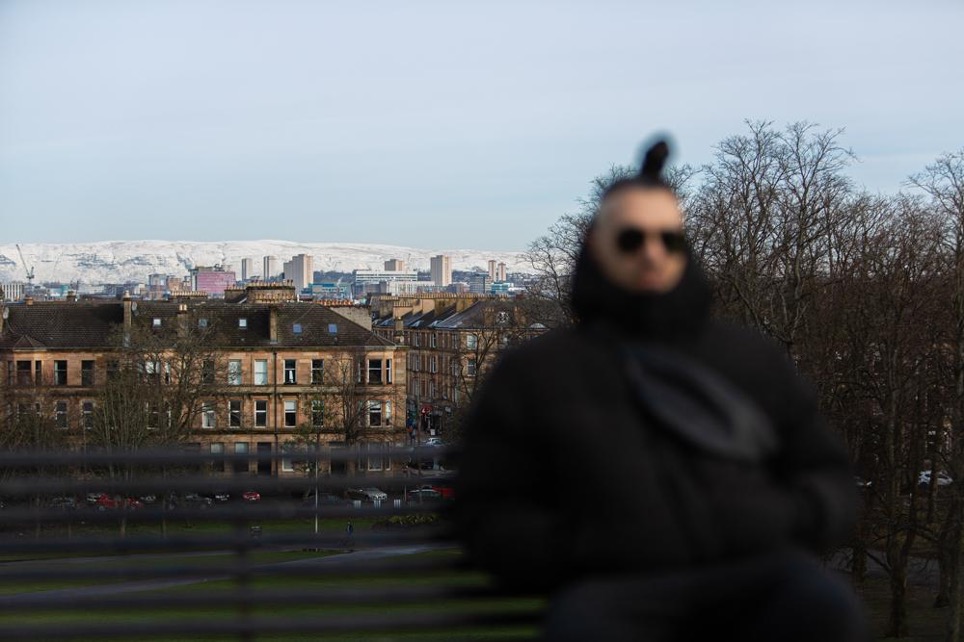 LUX Scotland have also announced Matthew Cosslett as the 2022 recipient of the Margaret Tait Residency, an opportunity for artists working with film and moving image to develop their practice, in partnership with the Pier Arts Centre, Orkney. Building upon the legacy of the residency delivered by Glasgow Film in 2012 – 2014, the Margaret Tait Residency is aimed at emerging artists working in film and moving image with up to five years professional experience, the residency provides time and support for developing work and practice without the demands of deadlines or public presentation. Matthew will spend up to six weeks at the Pier Arts Centre’s newly renovated facilities Linkshouse - Orkney Arts Residency, exploring Orkney’s heterogeneous versions of time in relation to cruise ships and mass tourism, zoom lenses and the camera, Orkney’s oral tradition, and the presence of the world’s first underwater data centre, Project Natick. 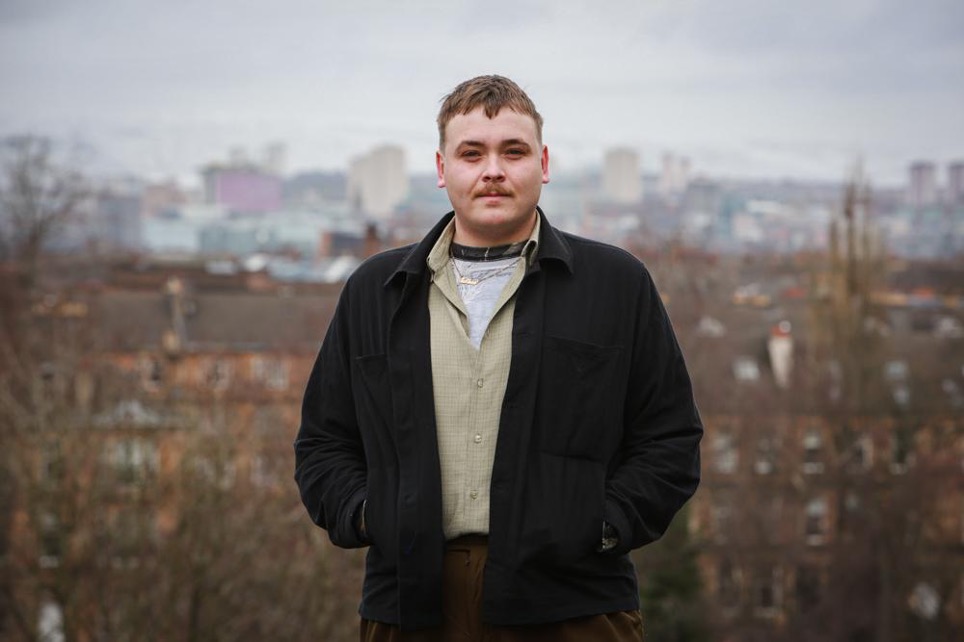 Established in 2010, the Margaret Tait Award is a LUX Scotland commission delivered in partnership with Glasgow Film, with support from Screen Scotland. Inspired by the pioneering Orcadian filmmaker and poet Margaret Tait (1918–99), the award recognises experimental and innovative artists working with the moving image, offering a unique avenue of commissioning and production support and providing a high-profile platform to exhibit newly commissioned work. Each year, the award is presented to an artist based in Scotland who has established a significant body of work over the past 5–10 years; is recognised by peers for their contribution to the artists’ moving image sector; and can demonstrate the significant impact that the award will have on the development of their practice.

Nominations are by a panel of artists and professionals from across the fields of the visual arts and cinema. The selection panel for the 2022 Margaret Tait Award comprised Jamie Crewe, Glasgow based artist and Margaret Tait Award 2019 recipient; Kirsten Body, Inverness based curator and producer; Georgina Jackson, Director of The Douglas Hyde Gallery of Contemporary Art, Dublin; Rabz Lansiquot, London based artist and programmer, part of curatorial collaboration Languid Hands; Kitty Anderson, Director of LUX Scotland; and Anne Petrie, Visual Arts Officer, Creative Scotland.

The new Margaret Tait Residency delivered in partnership with Pier Arts Centre, Orkney, with support from Screen Scotland, builds upon the legacy of the residency delivered by Glasgow Film in 2012 – 2014. Aimed at emerging artists working in film and moving image with up to five years professional experience, the residency provides time and support for developing work and practice without the demands of deadlines or public presentation. Matthew will spend up to six weeks at the Pier Arts Centre’s newly renovated facilities Linkshouse - Orkney Arts Residency.

Sulaïman Majali said: “It was a pleasure to have been nominated alongside Sekai Machache, Rae-Yen Song and Natasha Thembiso Ruwona. Being the recipient of the Margaret Tait Award will allow me to continue practice and research and to pursue the development of a new experimental non-narrative moving-image work that explores the ways in which site, research and production are entangled processes. The award will enable me to bring into fruition ideas and techniques that I have been developing for some time now. The project will include visiting various sites, vistas, objects and archives. I am looking forward to the journey ahead, both with regards to this project, it's afterlives and what it will offer in developing the thinking.”

Matthew Cosslett said: “The Margaret Tait Residency provides an exciting opportunity to expand my moving image practice. The space offered by the Pier Arts Centre and the support of LUX Scotland presents a distinct platform to explore Orkney specifically. In particular, I plan to examine Orkney’s heterogeneous versions of time in relation to cruise ships and mass tourism, zoom lenses and the camera, Orkney’s oral tradition, and the presence of the world’s first underwater data centre, Project Natick. My work on this residency will centre Orkney, using its own logic, and internal relationship to place, to locate and dismantle networked image culture. With the support of this residency, I look forward to developing my practice between the extremes of ship, server, and Orkney.”

Kitty Anderson, Director, LUX Scotland said: “It has been a pleasure and a privilege to oversee the selection of the 13th Margaret Tait Award and the new Margaret Tait Residency, in collaboration with the Pier Arts Centre, Orkney. We received a fantastic range of nominations for the award, and a huge number of applications for the residency, clearly demonstrating the demand for opportunities such as these. We were delighted to see the breadth of practice from across Scotland, and my thanks go to all the applicants and nominated artists (and nominees) for taking the time to submit their work for consideration. I also want to thank Creative Scotland for supporting both the award and the residency, and for their input into both the development of the opportunity and the selection of both artists.

The standard of both shortlists was incredibly high and I’m grateful to all the artists for such thoughtful and considered proposals. My thanks also go to this year’s selection panels for their time and rigorous discussion – it’s wonderful to have an in-depth debate about artistic practice, and particularly rewarding when it leads to opportunities such as these. We look forward to working closely with Sulaïman and Matthew over the coming months.”

Katharine Simpson, Audience Development Officer at Screen Scotland said: “Congratulations to this year’s Margaret Tait Award recipient, Sulaïman Majali. This award is a unique opportunity for the selected artist, and for audiences in Scotland, supporting both the development and exhibition of ambitious artists' moving image work. We are particularly happy to see LUX Scotland’s interest in bringing this work to a variety of audiences, through the established partnership with Glasgow Film Festival and their plans to tour the final commission. We very much look forward to seeing Sulaïman Majali’s new work in 2023.

We are also very excited to also support the Margaret Tait Residency this year along with Pier Arts and congratulate Matthew Cosslett on his selection for this wonderful opportunity. We hope it is an enriching experience.”

Full details about the Margaret Tait Award can be found on the LUX Scotland website.

Sulaïman Majali (b. 1991/​1771/​1412/​2941/​1492) is an artist poet who brings into play rupturing, grieving and dreaming as methodologies of collapse. Considering art as an already thinking and speaking thing, the artists agitate/​incite/​perform towards poetic and conceptual strategies. At issue in the play is the liberatory or otherwise.

Matthew Cosslett (he/him, b. 1995, Ballantrae, Scotland), based in Glasgow, is a multidisciplinary artist who recently completed their MFA at the Glasgow School of Art. Matthew’s practice interrogates Scottish and digital topography using ephemeral archives like YouTube, alongside video, photography, text, and sound to explore how we build meaning in dirt and in data. Viewing our relationship to place and landscape as a locus of an image-individual nexus, Matthew transmutes the network atop imagined places and projects its seemingly divergent realities over loaded landscapes.

LUX Scotland is a non-profit agency dedicated to supporting, developing and promoting artists’ moving image practices in Scotland. Working at the intersection of the contemporary visual arts and film sectors, its core activities include public exhibition and touring projects, learning and professional development for artists and arts professionals, distribution, commissioning and production support, research and sector advocacy. From its offices based in Glasgow, it works with a growing network of national and international partners, including museums, contemporary art organisations, film festivals and educational institutions, to deliver its programme. One of its current priorities is the establishment of a new distribution collection of artists’ moving image based in Scotland. Established in 2014, LUX Scotland is a part of LUX and is supported by Creative Scotland.

Glasgow Film Festival (GFF) is firmly established as a key event in the UK's film calendar. Having grown greatly in significance and as a key launching pad for films in recent years, the festival is one of the top film festivals in the UK. GFF continues to grow and develop its international reputation. The 2022 festival will take place from 2 to 13 March 2022.

The Pier Arts Centre in Stromness, Orkney was established in 1979 to provide a home for an important collection of British fine art donated by the author, peace activist and philanthropist Margaret Gardiner (1904 – 2005). The Centre also curates a year round programme of changing exhibitions and events for the education and enjoyment of the general public.

The Pier Arts Centre is currently working on a project to develop Linkshouse – Orkney Arts Residency an accessible residency facility with studio provision for individual or group use. Linkshouse will act as a launch-pad for local artists and a landing-strip for artists visiting the county.  Beyond that it will be a focal point for the wider community, supporting other local arts organisations and festivals to nurture talent and make connections, while supporting the Pier Arts Centre’s educational work, enhancing opportunities for outdoor learning and wellbeing and represents a whole new area of creative activity for the Pier Arts Centre and Orkney.

Screen Scotland is driving the cultural, social and economic development of all aspects of the sector in Scotland through enhanced funding, services and support and backing from Scottish Government and The National Lottery.  Screen Scotland sits within Creative Scotland and works in partnership with Scottish Enterprise, Highlands and Islands Enterprise, Skills Development Scotland, Scottish Funding Council, working in close collaboration with the sector to ensure its success.
screen.scot