Farewell to Adventure is a portrait of Bob Shepton's experience growing old in Scotland; how as Scotland’s population ages we as a society need to better understand the lives of the elderly.

Farewell to Adventure follows Bob Shepton's emotional journey, giving up his adventurous life of sailing not because he is 85 but in order to look after his wife, Kate, as she battles Alzheimer's.

Even by Bob’s own admission, his unsettled and at sometimes chaotic upbringing, combined with the loss of his father left him with some undefinable character deficiencies, creating a lifelong obsession for travel, sailing and adventure, which he has pursued relentlessly for the last six decades. The film explores where Bob’s drive to go on expeditions comes from, why he has been willing to forego a stable home life and financial security in order to pursue difficult and often unattainable objectives.

Having spent most of his life focused on his own goals, the past year has seen a huge shift in that focus, with Bob now having to accept a likely end to this way of life following his wife’s Alzheimer’s diagnosis. The film looks at how Bob and Kate’s lives have changed as Bob moves into the role of full-time carer and the resulting sale of his boat in order to fund Kate’s care.
The film follows Bob as he adapts to his new role as carer. With his final summer of ownership of his beloved boat upended with the Coronavirus pandemic and Kate’s condition worsening Bob struggles to adapt.

Kate goes into a care home for 10 days to give Bob a respite from this new challenge. We hear his inner thoughts about the new pressure and the difficulties he faces. Bob goes for a day trek in the Highlands to reflect on his decision. He talks about their 55-year marriage, how their fierce independence has sustained their relationship and the inner turmoil of sending Kate to a care home. How will this affect his final trip?

The documentary follows Bob as he sets out on one final trip onboard the Dodo’s Delight - a two day journey exploring the islands of the Scottish Hebrides. Is this his last taste of adventure and freedom as he once knew it?

Farewell to Adventure is a portrait of one individual’s experience growing old in Scotland; how as Scotland’s population ages we as a society need to better understand the lives of the elderly. Frequently considered only in terms of their burden on the rest of society, and often talked about instead of to, the film will provide a voice to an under-represented part of society; shedding light on the struggles many face with social care and offering an insight into the realities many of us are likely to face in the future. 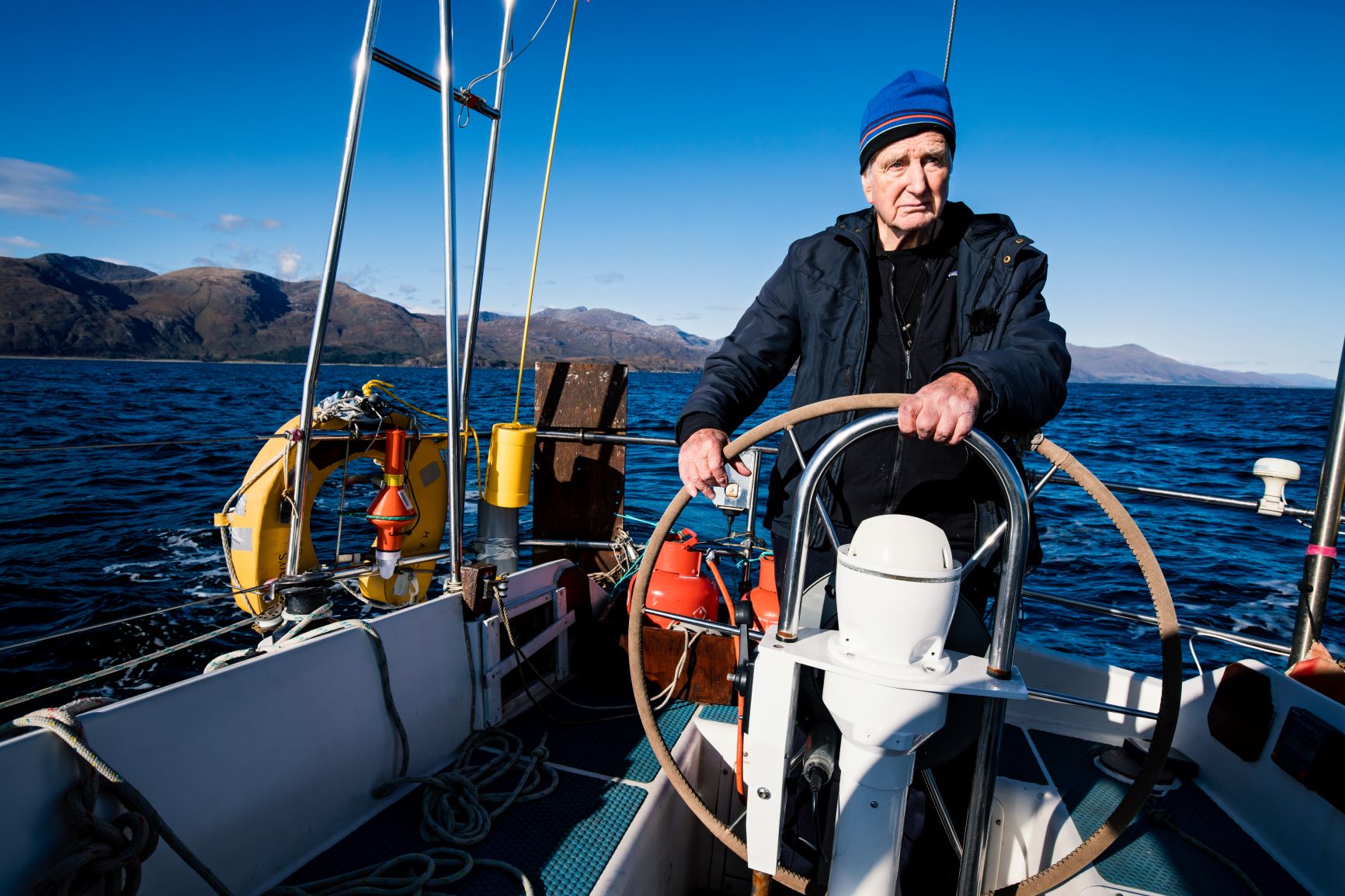 Still of Bob Shepton in Farewell to Adventure, courtesy of the Scottish Documentary Institute.

The film was made as part of the Right Here scheme in partnership with Screen Scotland,  BBC Scotland and the Scottish Documentary Institute.

Farewell to Adventure will premiere on BBC Scotland on 11 August, 2021.