Gordon is a Scottish artist with a terminal brain tumour. He named his tumour, Rick and creates comics to explore his own mortality. 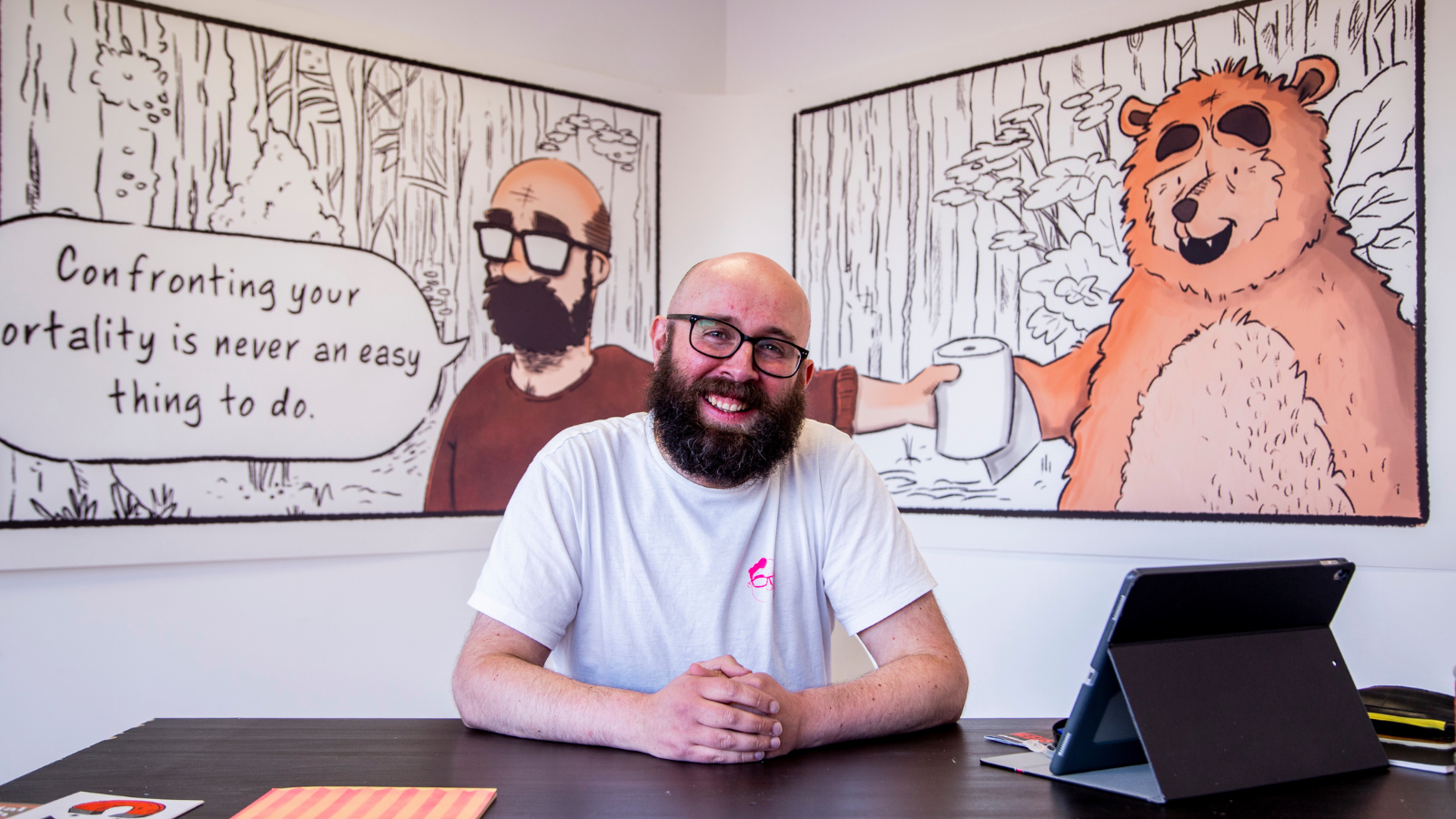 Still of Gordon in Long Live My Happy Head, courtesy of Melt the Fly

What would you do if you were told you had a dramatically life-shortening illness when you were 32 years old? Start making comic books about it of course! Well, that's what Gordon did anyway.

Gordon is a Scottish comic book artist with a big bushy beard, very expressive eyebrows - oh, and an inoperable, incurable brain tumour. By making autobiographical comics about his experience, he is able to communicate his thoughts and reactions to cancer in a medium and a language that is disarming, accessible and inviting.

Approaching his 40th birthday, Gordon has found the love of his life, Shawn - a warm-hearted and protective American man who lives in Bath County, Virginia. Their relationship may be long-distance, but they talk on the phone everyday they’re not together and visit each other as often as possible. Although his previous comics looked at his own personal experience, for his next book Gordon has chosen to focus on the people who look after people with cancer - the carers. His tumour is growing again though, and he’s on chemotherapy whilst meeting and interviewing people who have cared for and lost their dearest loved ones.

Long Live My Happy Head is a film about cancer and comic books, but it’s fundamentally a love story. We journey with Gordon and Shawn through one of the most difficult times of their lives only to see them emerge from the other side even stronger than before. Through intimately captured observational footage and video diary, stylized key interviews and animations created from Gordon’s comic illustrations, this film immerses the audience in Gordon’s world, and reveals how art, love and a sense of humour can soothe our deepest fears of mortality and losing the people we care most about.

Visit the Long Live My Happy Head website for all the letest information about upcoming screenings: https://www.longlivemyhappyhead.com/#where-to-watch