The second season of Amazon Original Series hit Good Omens (Series 2) is confirmed to shoot in locations across Scotland from this summer.

Starring Scottish actor David Tennant (Doctor Who, Broadchurch) and Michael Sheen (The Good Fight, Quiz), the six-part series another significant production from Amazon Studios to be filming in Scotland this year, following their choice of Edinburgh’s FirstStage Studios for Amazon Original Series, The Rig. Both series will launch exclusively on Amazon Prime Video in the UK and around the world. 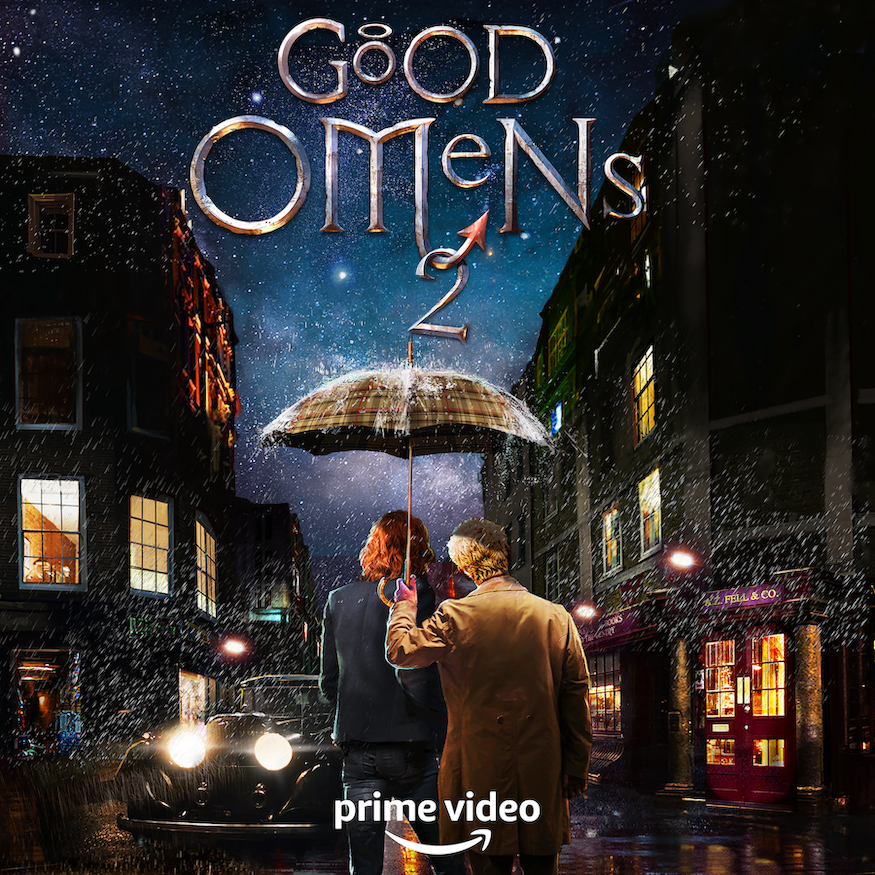 Culture Secretary Angus Robertson said: “The Scottish Government and our agencies are committed to strengthening support for the creative industries in Scotland. Securing major screen productions like this will create high-quality creative jobs and help promote economic growth.”

Isabel Davis, Screen Scotland’s Executive Director said: “Douglas Mackinnon has been instrumental in bringing this series to Scotland and it’s been a pleasure to support Amazon, Douglas and his team in setting up here.

“This is a transformational moment for the Scottish industry, with momentum building across the country through increasing large scale productions using our highly respected crew base and rich depth and variety of locations to a global audience.”

David Smith, Director of Screen at Screen Scotland, added: “Screen Scotland’s Screen Commission has worked closely with the production team across 2020 and into 2021 to secure Good Omens for Scotland. With series producers committed to developing substantial training plans, we look forward to continuing our work with them as part of our efforts to grow Scotland’s film and TV skills base.”

The Amazon Studios announcement can be accessed here.

Neil Gaiman's blog post about the announcement can be found here.

Good Omens is based on the novel by Neil Gaiman and Terry Pratchett.

Tetris, produced by Gillian Berrie, starring Taron Egerton and Toby Jones, filmed on location in Glasgow and Aberdeen; My Son, from Ken Loach’s Sixteen Films, starring James McAvoy and Claire Foy, which filmed in and around Lochaber late autumn; returning TV dramas Outlander, Guilt, Shetland, and The Rig (Wild Mercury for Amazon Studios) which commenced filming at Leith’s FirstStage Studios; Netflix returned to Edinburgh and the Lothians for the threequel, Princess Switch 3: Romancing the Star, and Peaky Blinders filmed in Aberdeenshire earlier this year.