Now in its fourth edition, the GREAT8 Showcase is funded and run by the BFI and the British Council, in partnership with BBC Film and Film4.

Martyn Robertson’s first funded directorial feature documentary, Ride the Wave, follows 14-year-old Scottish surfing champion Ben Larg who is not afraid of a challenge, and what bigger challenge for a young surfer than one of the biggest and most dangerous cold-water waves in the world at Mullaghmore, Ireland. Martyn trained at The Royal Conservatoire of Scotland. He has produced and directed a range of short films which have screened at the Edinburgh International Film Festival, the BFI London Film Festival and the Berlin International Film Festival. In 2015 his no-budget documentary Marty Goes to Hollywood won a BAFTA Scotland New Talent Award and sold to Amazon Prime. Ride the Wave is Martyn's first funded directorial feature documentary. He is currently in development on his next feature Wild Rider, with Sky Documentaries.

Martyn Robertson, Director / Producer, Ride the Wave said: “It’s a film about boyhood, growing up, becoming an adult, the challenges of living in a remote community, and doing something exceptional against all the odds. We are really honoured to be included in such a fantastic line up of films and filmmakers for Great8.” 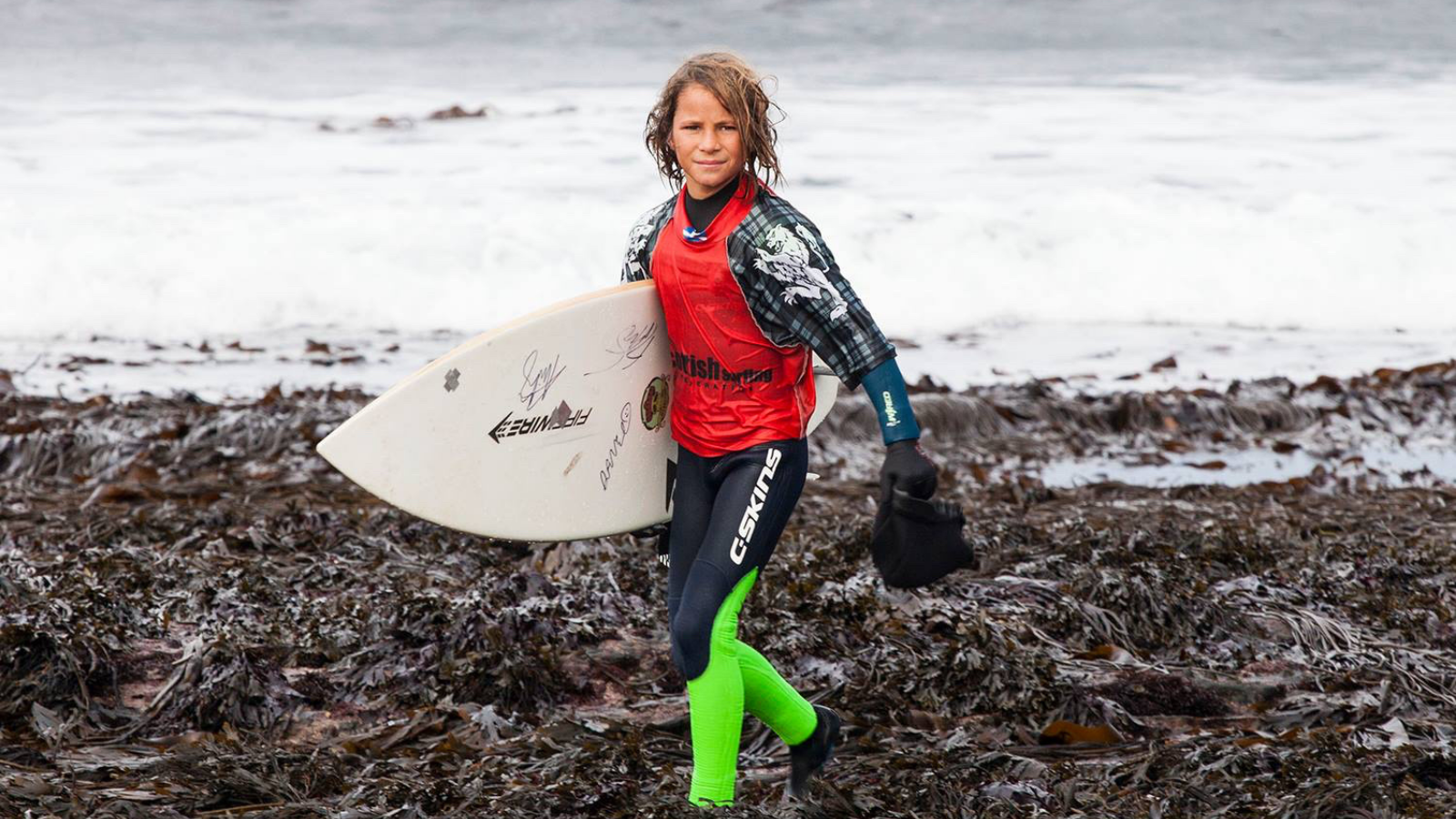 Still of Ben Larg with a surfboard from Ride the Wave.

Shot on location in Scotland, She Will is produced by Scotland-based producer Bob Last (Tommy’s Honour, The Illusionist) and directed by Charlotte Colbert (Huffs and Puffs, The Silent Man). After a double mastectomy, fading star Veronica Ghent goes to a healing retreat in rural Scotland with her young nurse Desi.

In preparation for the Marché, unseen first-look footage from each of the titles will be introduced by their filmmakers and screened on Thursday 17 June exclusively to buyers and festival programmers and made available across five different time zones. All of the features are now in post-production and will be available to buyers during the online Cannes Marché (21-25 June).

Neil Peplow, the BFI’s Director of Industry and International Affairs, says, “The high quality and diversity of UK filmmaking talent bringing their stories to film is exciting and a conversation that has grown through GREAT8. The level of interest shown by international buyers, programmers and the wider industry in the programme has been encouraging and we look forward to seeing their response this year.

“GREAT8 plays an important part in our activities to support the export of UK film around the world and build international relationships, work that we will be expanding thanks to our Government’s support for the new UK Global Screen Fund.”

International buyers and festival programmers welcome the opportunity offered by the GREAT8 to have an early look at the consistently high-quality new UK films and co-productions being produced and the introductions given by their filmmakers. Films which have been presented in previous GREAT8 showcases include Rungano Nyoni’s I Am Not  A Witch (Camera d’Or nominee, 2017), Nick Rowland’s Calm with Horses, Rose Glass’s Saint Maud, Simon Bird’s Days of the Bagnold Summer, Fyzal Boulifa’s Lynn + Lucy, Rubika Shah’s White Riot, Michael Pearce’s Beast, and Tinge Krishnan’s Been So Long.

Briony Hanson, the British Council's Director of Film says: “This is the fourth time we've laid out our annual GREAT8 showcase as an international launch-pad for some of the UK's most talented and distinctive new voices. It's gratifying to see that those voices are shouting loud and clear, despite the challenges of the past year.

“I'm really excited to follow the careers of these filmmakers and know that these special films are going to be embraced by international audiences."

Synopsis: Widowed mother Holly is radically tested when her teenage daughter Betsey experiences a profound enlightenment and insists that her body is no longer her own, but in service to a higher power. Bound to her newfound faith, Betsey refuses to eat, but loses no weight. In an agonising dilemma, torn between love and fear, Holly is forced to confront the boundaries of her own beliefs. A slow-burn psychological horror with supernatural elements, A Banquet explores the strains and the love between three generations of mothers and daughters.

Synopsis: Having participated in competition surfing since he turned 11, 14-year-old Scottish champion Ben Larg is not afraid of a challenge, and what bigger challenge for a young surfer than one of the biggest and most dangerous cold-water waves in the world at Mullaghmore, Ireland. If he gets it right, he joins an elite group. If he gets it wrong, the consequences are terrifying. Danger, opportunity, and parental dilemma collide, propelling Ben and his family towards an unknown destiny.

Screen Scotland Funding: £106,000 supported by The National Lottery and the Scottish Government through Screen Scotland’s Film Development and Production Fund.

Synopsis: After a double mastectomy, fading star Veronica Ghent goes to a healing retreat in rural Scotland with her young nurse Desi. The two develop an unlikely bond after mysterious forces give Veronica the power to enact revenge in her dreams.

For information on all eight films selected for The Great8 Showcase, please visit: bfi-press-release-british-council-cannes-great-8-2021-06-10-v2_1.pdf