BBC Studioworks has officially launched its new purpose-built studio, set in the heart of Glasgow’s West End in the iconic Kelvin Hall. Co-funded by the Scottish Government, through Screen Scotland and Glasgow City Council, the facility is a major boost to Scotland’s capacity to produce multi-genre TV productions and fuels the growth of Scotland’s creative workforce.

Today sees BBC Studioworks facilitate STV Studios as its first client to record-in and utilise the new studio, with the second series of BBC One’s quiz show, Bridge of Lies. With three recordings per day, the three-week studio residency will comprise 25 daytime episodes and an additional eight celebrity episodes for primetime. Other production titles have also confirmed residencies and will be announced in the near future.

BBC Studioworks has invested in the latest technology for Kelvin Hall, while ensuring consistency with its other studios and the ability to easily adapt as technology continues to evolve. As well as installing HD facilities to ensure the best possible picture quality, Kelvin Hall features high quality audio equipment for pristine broadcast-grade sound. Resilient internet connectivity together with hardwired and radio communication systems ensures an enhanced level of robustness in production communications, user flexibility and performance. 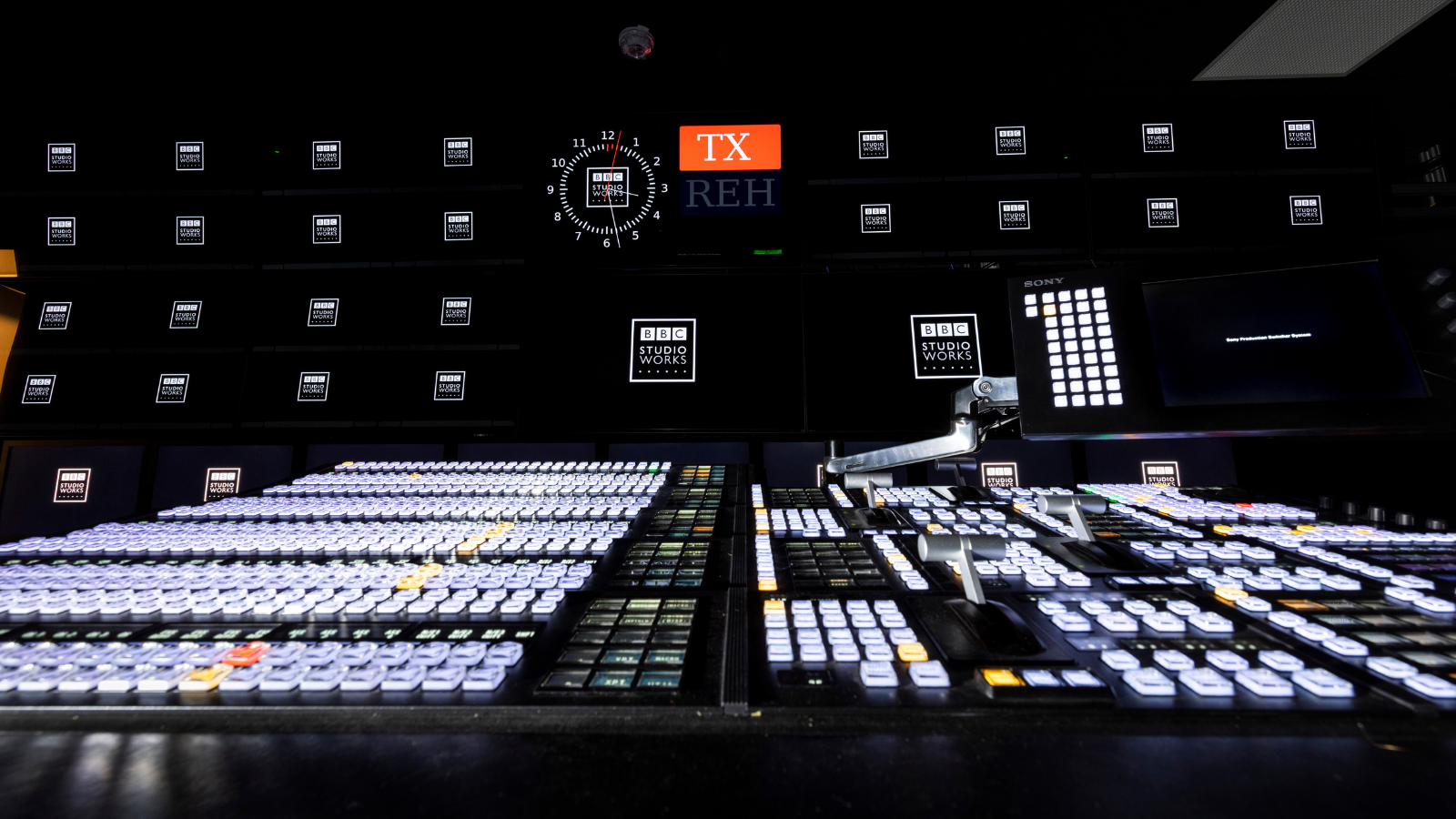 Covering a large footprint of 10,500 sq. ft, Kelvin Hall can accommodate both long-term residencies and spot bookings for a wide range of entertainment shows across multiple genres. The sound and lighting galleries are the largest that BBC Studioworks has built across its entire UK footprint.

Sustainability has been a key driver in the studio design. As part of a wider redevelopment initiative at the site, it repurposes a previously derelict section of a historically important building. The studio has been designed without dimmers to support LED and low energy lighting technology. The reduced heat generated by the low energy lighting has enabled the use of air-source heat pump technology for heating and cooling, and the ventilation plant has class-leading efficiency using heat recovery systems. The studio will reduce the carbon footprint of local TV production and fuel the growth of the sector by boosting local employment.

With the launch of the Kelvin Hall studio, alongside the growing demand to make more TV shows in Scotland, the requirement for local production talent will grow significantly. BBC Studioworks, alongside its partners, Screen Scotland and the NFTS, are investing in the development of a skilled, dynamic and diverse pipeline of creative talent to support the expansion in the sector and put Scotland on the map as a major television production destination. Joint investment has already been made as part of a Multi Camera TV Conversion Programme, to help individuals with some experience in the industry kickstart their careers in studio entertainment production. The intention is for this investment to continue. 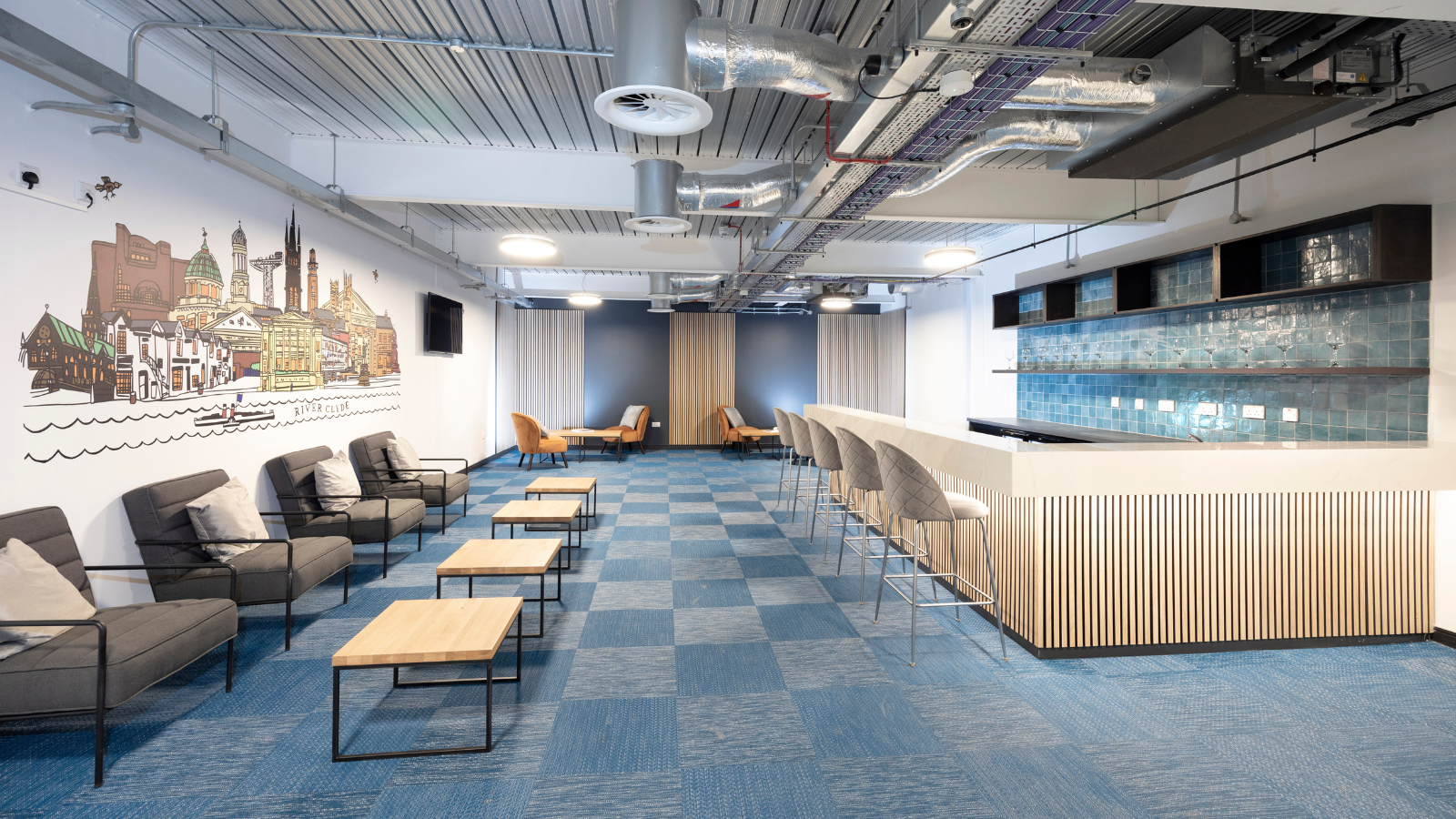 Andrew Moultrie, CEO BBC Studioworks said: “This is a new and exciting chapter for BBC Studioworks as we expand our footprint across the UK. This is also a new chapter for this historic and much-loved building. Adding to its rich and varied history, Kelvin Hall now boasts a purpose-built studio facility which is futureproofed with cutting edge and industry leading technology.

The fact that we have the production powerhouse, STV Studios as our first client is testament to the world class quality of the facilities and this unique space which now exists as part of Scotland’s rich creative landscape. We are proud to continue Kelvin Hall’s amazing legacy which has spanned many generations, complimenting the creative sector here in Glasgow and helping Scotland’s creative communities thrive.”

Working with BBC Studioworks, the Scottish Government and Glasgow City Council across the last three years on the redevelopment of Kelvin Hall has unlocked a whole new level of television production from Scotland, to be led by Scotland’s phenomenal independent producers.  The expansion of studio infrastructure is taking place alongside significant investment in the development capacity of Scottish Indies. Screen Scotland is currently collaborating with the BBC’s Entertainment commissioners, C4 and Glasgow based training specialists TRC on FormatLab, a tailored development programme focused on the next generation of creative entertainment talent in Scotland.”

David Mortimer, Managing Director of STV Studios, said: “Having already transformed part of Kelvin Hall – one of Glasgow’s most iconic venues – into a three-storey prison set for our Channel 4 drama Screw last year, we’re thrilled to be the first production company to film at BBC Studioworks’ impressive new purpose-built studio next door.

“As a Scotland-based production company, it’s important to us that we support the wealth of talent and facilities across Scotland’s creative sector, so it’s a no-brainer that this studio becomes the new home of our quiz show, Bridge of Lies.  We’re delighted to be bringing host Ross Kemp to Kelvin Hall for a busy three weeks of filming”.

Culture Secretary Angus Robertson said: “BBC Studioworks is a welcome addition to Scotland’s existing range of studio space and reflects the vibrant expansion of the screen sector with its growing demand from local and international film and television production companies.

This new state-of-the-art facility will create significant opportunities for programme makers and freelancers as well as further develop a sustainable industry by increasing our skills and talent base through a range of training programmes.”

Councillor Susan Aitken, Leader of Glasgow City Council, said: The success of the film and broadcast sector in Glasgow is well-documented, and this vital new facility will help us further develop this growing part of the city’s economy.

The Kelvin Hall has always played an important role in the cultural life of Glasgow and Scotland, and I am sure that the studio hub, the latest addition to what the building offers, will go from strength to strength.

BBC Studioworks is a commercial subsidiary of the BBC providing studios and post production services to all the major TV broadcasters and production companies including the BBC, ITV, Sky, Channel 4, Channel 5, Nexflix, Banijay and Hat Trick Productions.

Located across sites in Elstree and Television Centre in White City, our London facilities are home to some of the nation’s most watched and loved television shows.

As we seek to evolve our offering to meeting changing market demand, we have opened a new studio at Kelvin Hall in Glasgow.

We offer world-class studio and post production spaces, equip them with the right technology and engage the most dedicated and talented people in the industry. By doing this, we bring ideas to life.