Short Circuit has announced the seven films that will be produced through the short film scheme Sharp Shorts.

Short Circuit is a film talent initiative for Scotland delivered by Film City Futures in partnership with Glasgow Film, and funded by The National Lottery through Screen Scotland and BFI NETWORK. The programme supports new and emerging filmmaking talent across Scotland through a combination of funding, events and training opportunities.

The Sharp Shorts scheme aims to identify and support through training, 1-2-1 meetings, funding and mentoring the most exciting filmmaking talent in Scotland in the early stages of their career.

In April 2022, Short Circuit invited writers, writer/directors or filmmaking teams of writer, director and producer to submit a one-page outline of their film idea. After a rigorous selection process, 12 ideas were selected to take part in further development, supported by industry experts and the Short Circuit Talent Executives, to take their project from idea to script.

The twelve teams then pitched their project to a panel that was formed by Short Circuit Talent Executives; Claudia Yusef, Head of Development at BBC Film; and Brian Coffey, Producer at The Highland Midgie for the chance to receive production funding to make their film. 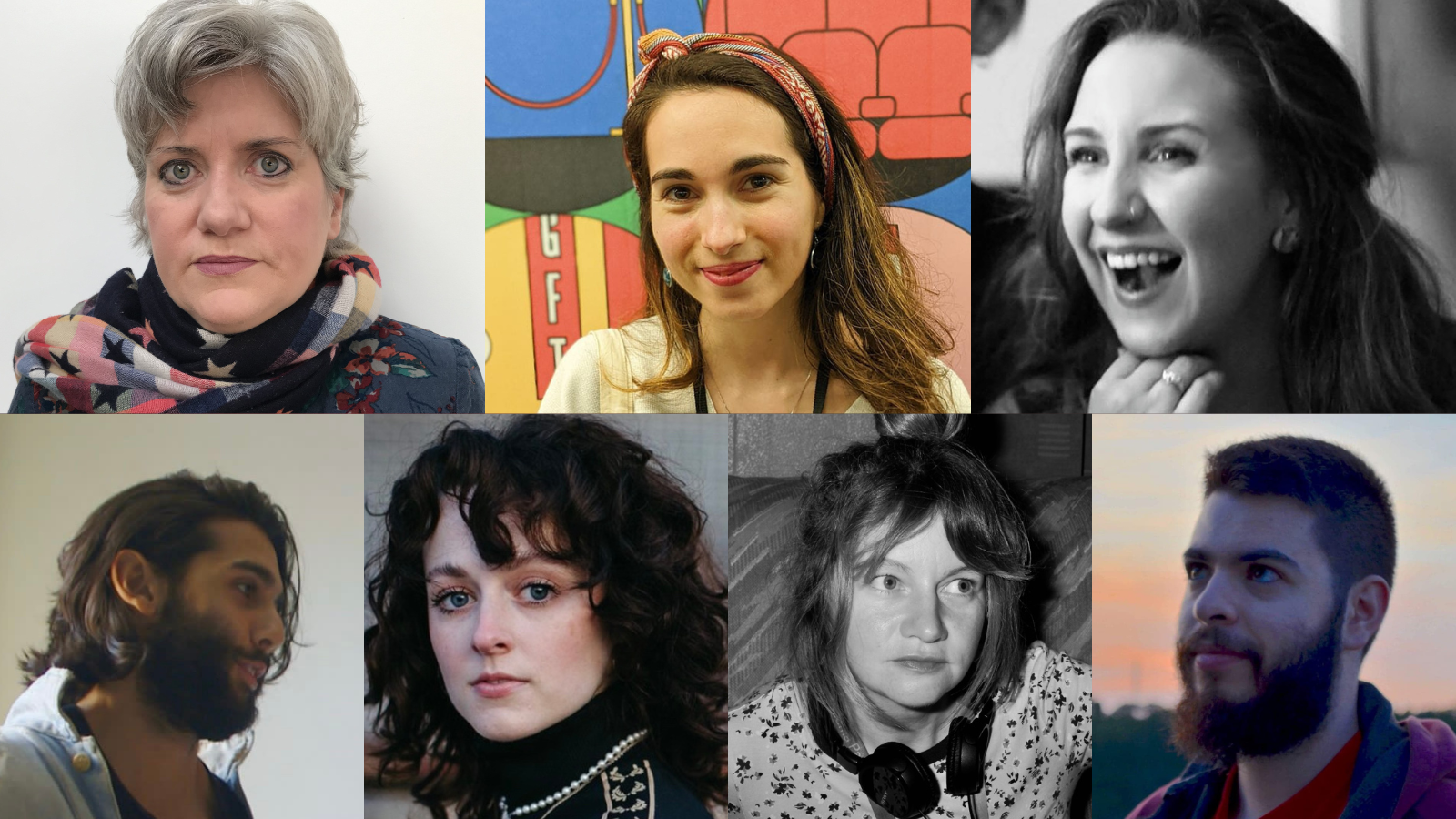 The following seven films are today announced as the selected projects:

Over the course of one day, two young boys in South Glasgow face the pressures of the streets.

7-year-old Ailsa grew up with an old island tale, woven by her Mum to explain her Dad’s absence. Beginning to notice the hole in their family, Ailsa bravely sets out to find the truth of her mum’s tale, hoping she can make their hearts whole again.

Plus-sized 9 year old Jackie, who loves dressing up in his mum’s clothes, seeks sweeties (and approval) from the girl-next-door.

When a suburban housewife’s world falls apart, she meticulously plans revenge against her husband.

A coming-of-age story rooted in an electric subculture, Soul deals with the grief of letting your child leave home and the guilt working class people feel when leaving their town behind. Soul expresses the love for music, the values of community, the bravery to start again and the importance of identity.

After her estranged Palestinian father passes away, Linda returns to her childhood home in Glasgow and attempts to sell it and quickly move on. However, once she realises that her car keys are lost somewhere in the house, her 10 year old self appears and offers to help her find them.

The selected teams will each receive up to £15,000 to produce their film, plus an additional uplift for COVID costs of up to £5,000. Teams will also take part in intensive production training, and will be paired with an established Producer, Director or Writer who will mentor the team to help them to deliver their final film.

Gillian Berrie, Co-Director at Film City Futures, said: “The first two years of Sharp Shorts were a great success, with many films touring and winning awards internationally.  We’re delighted to be in year three and look forward to supporting Scotland's next generation of filmmakers to create world class material that properly reflects our time and place.”

Alice Cabañas, Head of BFI NETWORK at BFI said: “BFI NETWORK is pleased to continue to support filmmaking talent in Scotland through Short Circuit.  The selected teams will gain an invaluable experience and opportunity to develop their creative voice, hone their filmmaking skills and advance their careers.  Supporting a diverse range of voices from across the UK is at the heart of what we do at BFI NETWORK, and we are excited to see this next slate of Scottish projects come to fruition.”

Kieran Hannigan, Head of Scripted at Screen Scotland said: “This is an outstanding crop of short films from a diverse group of filmmakers. It speaks to a rich pool of talent in Scotland and we’re excited to see the films that emerge.”

Since the launch of Sharp Shorts in May 2020 the Short Circuit team and pool of readers have assessed over 800 submissions for the scheme. 44 short film projects have received development support and 25 projects have been awarded funding.

For more details about the selected projects, and to stay informed of events and further opportunities, visit the Short Circuit website: www.shortcircuit.scot

Short Circuit is an ambitious film talent initiative for Scotland delivered by Film City Futures in partnership with Glasgow Film, and funded by Screen Scotland and BFI NETWORK, running initially until the end of March 2023.

The partnership between Film City Futures and Glasgow Film brings together two world-class film institutions based in Scotland, combining the filmmaking expertise at Film City with Glasgow Film’s leadership in film exhibition with a strong following from young, diverse audiences. Short Circuit aims to become a key hub for emerging fiction filmmaking talent in Scotland, supporting writers, directors and producers to develop creatively and professionally, and stimulating the creative and commercial success of Scotland’s film sector. http://shortcircuit.scot/