Screen Scotland funding: Pictures From is an irregular series from Dulcimer Films and has accessed £105,000 through the Broadcast Content Fund to support award-winning Scottish documentary maker Robbie Fraser. Three episodes have been completed to date, Pictures from Iraq, Pictures from Afghanistan and Pictures from the Balkans.

War photographer David Pratt takes a trip back to Iraq, the beautiful, traumatised land whose conflicts he has covered for over three decades. This powerful, personal documentary unravels the complex recent history of Iraq, using David's rich personal archive of photographs and video.

The story begins in the north, in the Kurdish city of Erbil. David pays a visit to General Sirwan Barzani, leader of a unit of the Kurdish army - known as the Peshmerga - called the Black Tigers. Barzani's troops occupy a mountainous region in the north, a disputed area which is still subject to ISIS activity. On a mountain ridge which runs along the Tigers’ line of defence, David hears from General Barzani how the Kurds and federal Iraqi government try to manage the uneasy peace, and how the ISIS threat has not gone away.

He travels on through the Kurdish Autonomous Region to a base of all-female fighters from the Kurdish Freedom Party. These women are not Iraqi Kurds, but Iranian, their presence here underlining the political complexity of the region. They are not regular army but revolutionaries, seeking to build a unified Kurdistan.

As the journey proceeds, the action flashes back to other times when David was present in Iraq: in 1991 before the Gulf War. Then on to the Iraq War in 2003 and afterwards, when he was embedded with American troops. 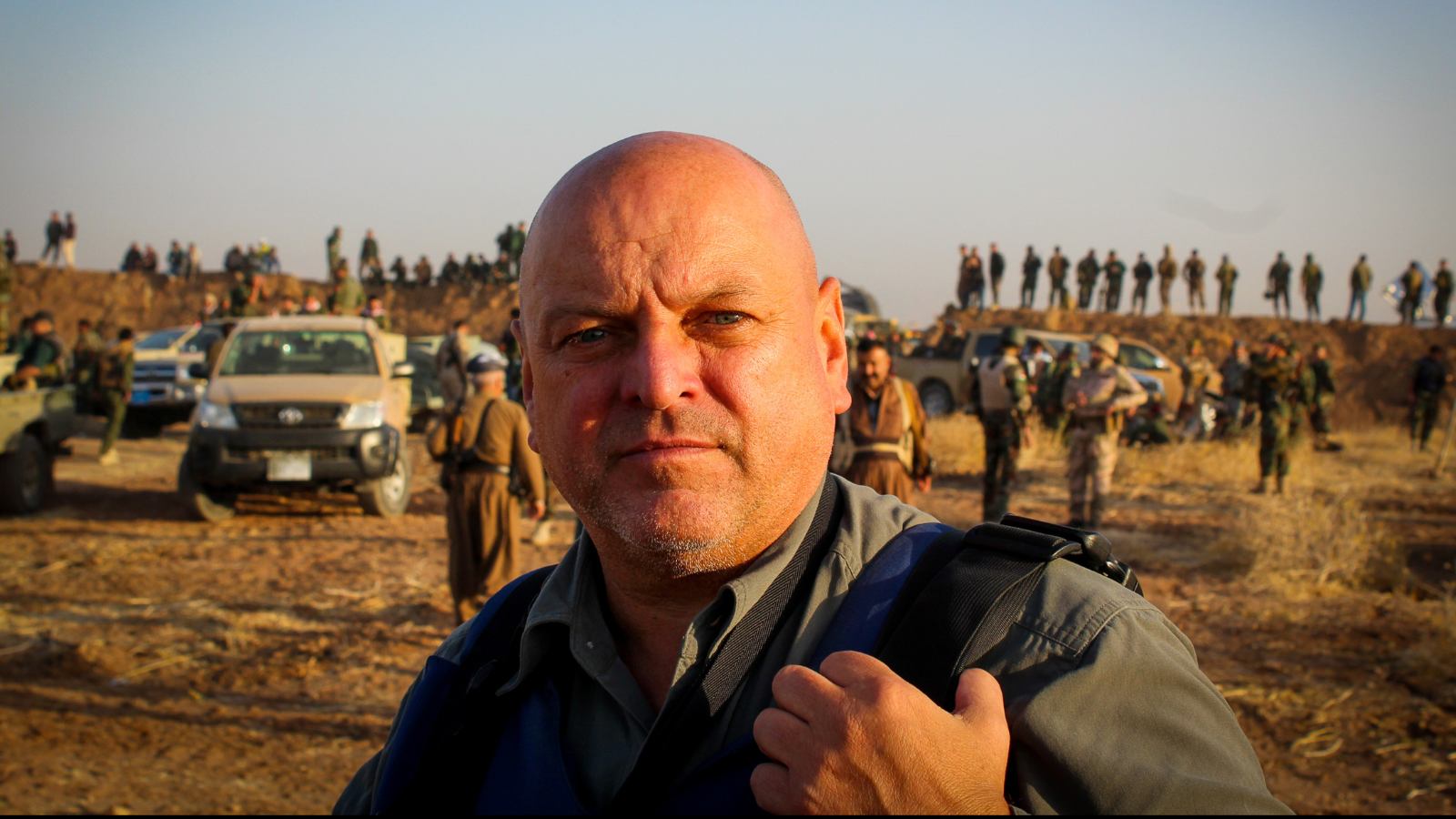 Release: Pictures from Iraq premiered at Glasgow Film Festival 2022 and will air on BBC Scotland on 5 July 2022 at 10pm. The feature documentary will be available to stream on BBC iPlayer after broadcast.