Full programme revealed for Film Fest on the Forth 2021

The programme for Film Fest on the Forth, Edinburgh International Film Festival’s weekend of free outdoor screenings at Port Edgar Marina on Saturday 31 July and Sunday 1 August 2021, has been unveiled – and it includes everything from aquatic-themed family favourites and classic Scottish movies, to exciting blockbusters.

Film Fest on the Forth will run at the Marina, which is located at South Queensferry on the banks of the Firth of Forth overlooking the three iconic bridges, from 10.00am to 10.00pm each day.

The weekend is supported by EventScotland as part of the Year of Coasts and Waters 20/21, in which Scotland celebrates its coasts and waters with a programme of events and activities, shining a spotlight on these vital elements of the landscape.

The fantastic themed line-up is comprised of 8 well-loved feature films with a maritime link, all well suited to family audiences with U, PG or 12A ratings.

The selected films are as follows:

Tickets, which are free, are now available for Film Fest on the Forth at www.edfilmfest.org.uk 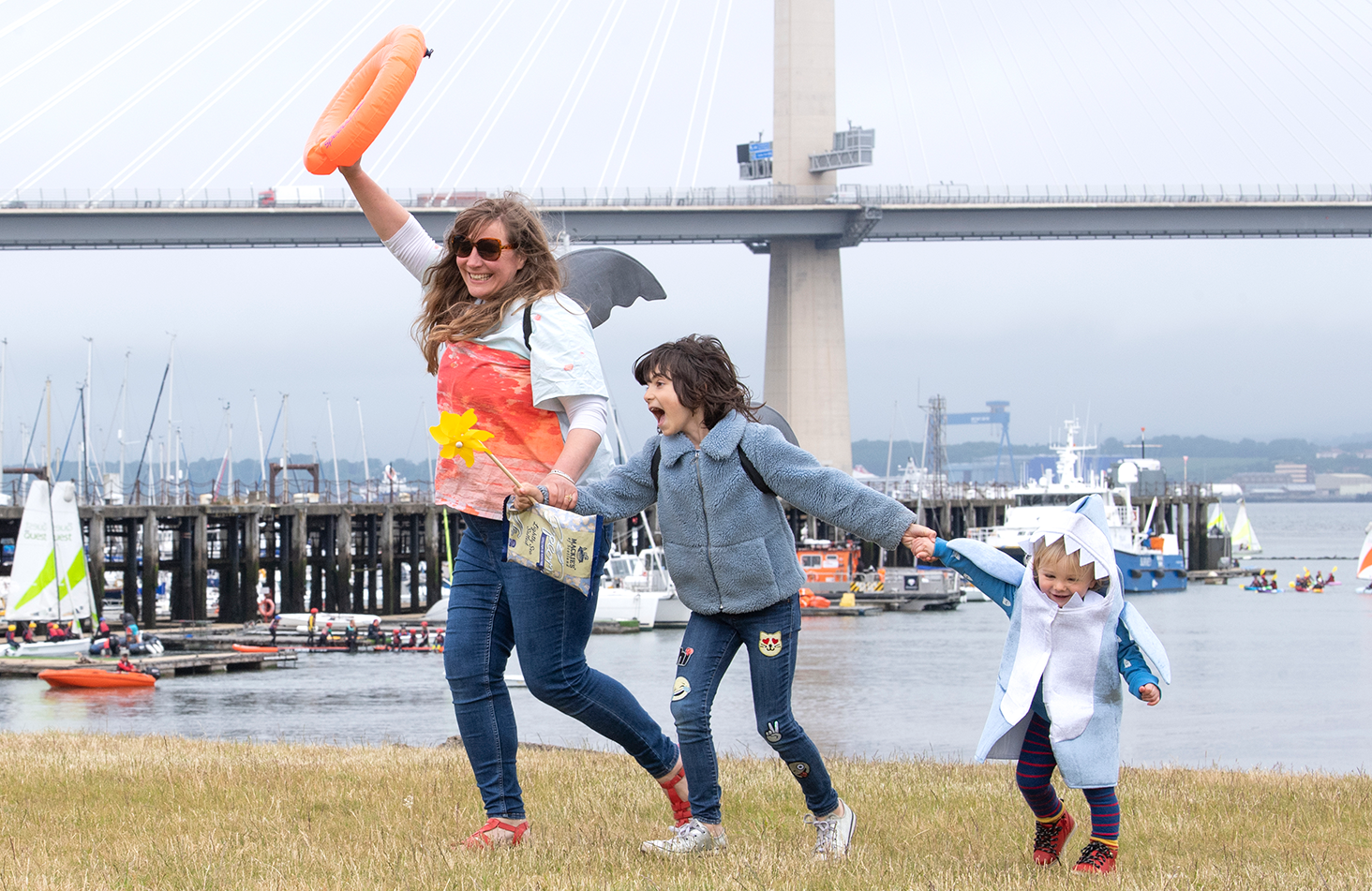 Film Fest on the Forth screenings will be staged in an outdoor area which can accommodate up to 260 film fans. You can get to Port Edgar Marina by train, bus, car, foot or boat. If you’re coming by boat contact the Marina office by phone or VHF before arrival to be allocated a berth.

Food and drink will be available from Marina tenants Scott’s restaurant and Down the Hatch as well as additional food and drink vendors coming in especially for the weekend, including EIFF’s Official Beer Partner Innis & Gunn, and Pizza Geeks and Poco Prosecco.

Between films audiences can visit other attractions on site such as activities on the water from Port Edgar Watersports and shopping at the Marina’s store, Beacon.

Russell Aitken, Managing Director of Port Edgar Marina said: “We are thrilled to be collaborating with EIFF in hosting this special open-air screening as part of Scotland’s Year of Coasts & Waters 2021. It’s an incredible initiative to be involved with and we look forward to welcoming families from across Scotland to showcase the stunning location of the marina.”

Ken Hay, CEO of Edinburgh International Film Festival said: “We are delighted to be celebrating the return to the communal cinema experience with a brilliant programme of aquatically themed classics, all set against the backdrop of the iconic Forth Bridges. Huge thanks to our friends at Port Edgar Marina in staging the films and to EventScotland for their support as part of the Year of Coasts and Waters. We look forward to seeing everyone there.”

Paul Bush OBE, Director of Events at VisitScotland, said: “We are delighted to be supporting Film Fest on the Forth as part of Scotland’s Year of Coasts and Waters 20/21. Scotland offers the perfect stage for audiences to enjoy unique experiences and this special cinematic event will showcase classic films in a memorable outdoor setting.”

EventScotland is working to make Scotland the perfect stage for events. By developing an exciting portfolio of sporting and cultural events EventScotland is helping to raise Scotland’s international profile and boost the economy by attracting more visitors. For further information about EventScotland, its funding programmes and latest event news visit www.EventScotland.org. Follow EventScotland on Twitter @EventScotNews.

EventScotland is a team within VisitScotland’s Events Directorate, the national tourism organisation which markets Scotland as a tourism destination across the world, gives support to the tourism industry and brings sustainable tourism growth to Scotland. For more information about VisitScotland see www.visitscotland.org or for consumer information on Scotland as a visitor destination see www.visitscotland.com.

Scotland’s Coasts and Waters will be showcased throughout 2021 and celebrated with a programme of activity designed to support the nation’s tourism and events sectors.

Following input and feedback from the tourism and events industry, there was strong support and a commitment from Scottish Government to rollover the celebratory year into 2021. Work is currently ongoing to rescope and reshape the supported events programme.

The year, led by VisitScotland will sustain and build upon the momentum of Scotland’s preceding Themed Years to spotlight, celebrate and promote opportunities to experience and enjoy Scotland’s unrivalled Coasts and Waters, encouraging responsible engagement and participation from the people of Scotland and our visitors.

A programme of activities, events and ideas will shine a spotlight on the impact our waters have had on Scotland, from the formation of beautiful natural features to the creation of our national drink – whisky.

Following an industry consultation, the Themed Years are planned to take place every second year to enable more time for planning and collaboration. Given the impact of COVID-19 an exception will be made in 2021 with the 2020 year rolling forward. 2022 will celebrate Scotland’s Year of Stories.