A boost in funding has increased the number of young people able to take part in Pact’s Indie Diversity Scheme in Scotland from ten to 12, as well as increasing the training period from six to eight months.

Pact’s eight-month initiative brings new talent into the industry, targeting young people from diverse backgrounds currently under-represented in TV (BAME, LGBTQI+, women, people living with disability and people from lower socio-economic groups). It provides them with their first paid opportunity in the TV industry, as well as training and mentorship to help ensure they can sustain a career in the industry well beyond the Scheme.

The aim is to ensure that all participants gain a better understanding of how the TV industry works and what role they might want to pursue within it. By the end of their placements, they will have started to make meaningful industry connections, and have developed some of the skills needed to thrive in a professional environment.

Following their placements, alumni are supported by the Pact Next Level initiative, designed to give access to jobs, training and ongoing mentoring to help to keep the trainees in the industry beyond the eight months of the Scheme.

Commenting on the launch of the Scheme, Pact CEO John McVay said: “It’s great to see the Scheme growing this year with the help of Screen Scotland funding. Our scheme really prioritises helping new entrants from underrepresented groups develop the skills and experience they need to forge a sustainable career in the industry, something we need more than ever with the current skills shortages across the UK. I'm delighted that we're able to offer this opportunity in Scotland thanks to the participating indies and Screen Scotland, and look forward to following the careers of our trainees as they develop.” 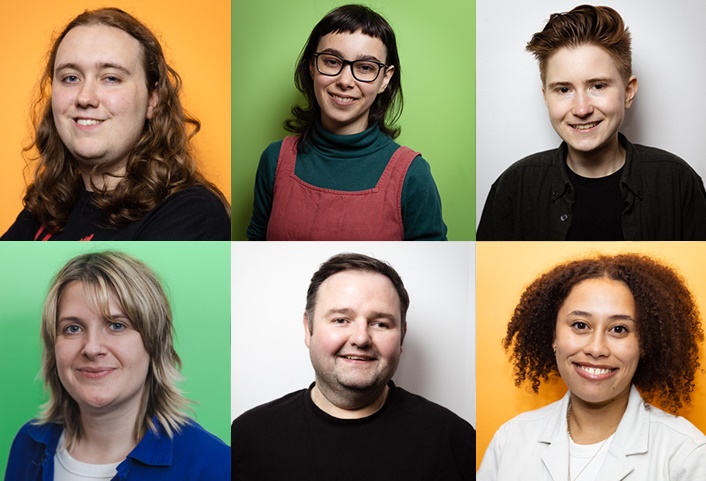 Headshots of a selection of this year's trainees, courtesy of Pact

David Smith, Director of Screen at Screen Scotland said: “The Pact Indie Diversity Scheme is a fantastic opportunity for Scottish indies to recruit new and diverse talent to the industry. The scheme aligns with Screen Scotland’s ambition to create an inclusive and sustainable film and TV sector for Scotland and has already been a launchpad for some incredibly exciting talent.”

Luke Stewart, Pact Indie Diversity Scheme trainee, said: “I am super excited to be participating in the Pact scheme and gaining experience in the film and TV industry straight after graduating from university. As an aspiring writer, my role as a production runner trainee with The Comedy Unit is a brilliant opportunity to understand how the content we love comes to be from script to screen, and I think it will enrich me as a writer and set me off in the path to success.”

Pact is the UK screen sector trade body representing and supporting independent production and distribution companies. Our mission is to help our members grow their businesses domestically and internationally. We do this by offering them the tools and support they need, as well as working to ensure the best possible economic, regulatory and legislative environment for them to do business in.