The Storms of Jeremy Thomas will feature in the festival’s Cannes Classics programme and The Story of Film: New Generation will receive its own special presentation screening as part of the Festival’s official programme.

Responding to today’s news, Mark Cousins said: "Cannes is the greatest launching pad in the world for a film. This is the third time I'll have world premiered a movie in its spotlight, and the experience is always intense and electrifying. It's a particular thrill to have two films in the Official Selection!

In The Storms of Jeremy Thomas, produced by David P. Kelly, Mark Cousins joins Oscar-winning producer Jeremy Thomas (Crash, The Last Emperor, Rabbit-Proof Fence) for an intimate road trip from London to the Cannes Film Festival – an annual pilgrimage that Thomas has taken for the last 40 years.

The pair remember some of the most acclaimed and controversial films that Thomas brought to life, as well as his remarkable world of movie stars and filmmakers. Illustrated with a dazzling range of film clips and rich in insights about creativity and survival, The Storms of Jeremy Thomas is a road movie portrait of France, a film school and, a passionate call to arms for movies that get to the heart of life. 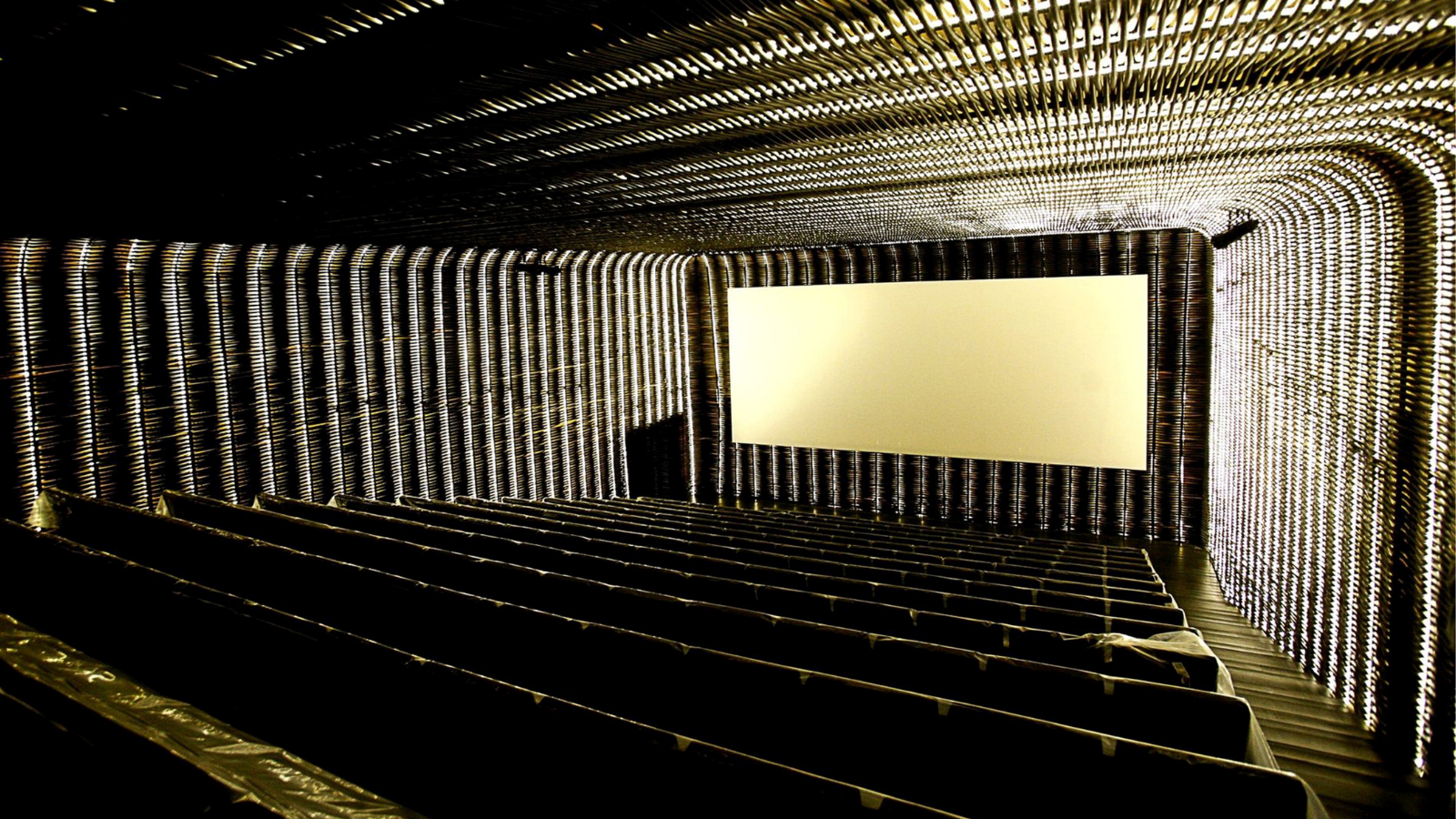 Still from The Story of Film: A New Generation. Courtesy of Mark Cousins and Hopscotch Films.

Described by the festival as a ‘masterpiece’, the The Story of Film: New Generation is an invitation to take a look back on our recent cinematic past, to films that we loved and the way in which the incredible Cousins, continues to tell the most beautiful story of all: the love we have for cinema.

A decade after Cousins’ documentary The Story of Film: An Odyssey, The Story of Film: A New Generation is an equally global update on what has been happening in the movies. Whereas Odyssey was chronological, New Generation takes a more generic approach. The first half, Extending the Language of Film, begins with an unexpected connection between Joker and the Disney film Frozen.

The second part of the film looks at movies which seem to have dug even deeper. Jonathan Glazer’s Under the Skin is here, but we start by looking at the technology-driven changes that led to movies like the documentary Leviathan, Michael Haneke’s Happy End, Jean-Luc Godard’s Goodbye To Language, and Tsai Ming-liang’s VR work.

The Story of Film: A New Generation is produced by John Archer of Hopscotch Films. Cousins and Archer are long time collaborators, having worked together on: The Story of Film: An Odyssey, Women Make Film and I am Belfast. The executive producer is Clara Glynn.

Cousins has previously received premieres of The Eyes of Orson Welles (2018) and A Story of Children + Film (2013) at Cannes Film Festival.

Dani Carlaw, Screen Scotland’s Head of Scripted said: "For Mark Cousins to be premiering two new works at Cannes is a significant achievement and demonstrates his position of authority on the history and culture of Cinema.

“Honouring the life and work of one of the UK’s most creative and successful independent producers, The Storms of Jeremy Thomas is a fascinating road movie detailing the sheer scale of Jeremy’s influence in modern film and includes an A-list roll call of multiple Oscar winning films and the masters of Cinema.

A further three Scotland-based filmmakers – Wendy Griffin (She Will), Ruth Paxton (A Banquet) and Martyn Robertson (Ride the Wave), will debut their new films as part of this year’s Cannes GREAT8 Showcase.  Featuring films from some of the UK’s most exciting emerging filmmakers to international distributors and festival programmers in the run-up to this year’s Cannes Marché, the Showcase is run by the BFI and the British Council, in partnership with BBC Film and Film4.

Screen Scotland will be joining the UK’s other nations at the virtual UK Film Centre this year, to showcase Scottish on screen and producing talent and to promote Scotland’s growing production facilities – film studios, crew, post-production – and locations.

Screen Scotland will also be supporting Scotland-based producers to attend Cannes Film Festival virtually this year to enable them to showcase their work and meet with potential co-production partners.

The Story of Film: A New Generation (2021, 2h 40 min) - a film by Hopscotch Films and Dogwoof - will be showcased to the press and festival attendees in the afternoon of Tuesday 6 July in the Debussy Theatre of the Palais des Festivals.

Today’s news comes as Mark Cousins’ The Story of Looking received its World Premiere as the closing film at Sheffield Doc Fest on 12 June, 2021. The film received funding from The National Lottery through Screen Scotland.

Screen Scotland is the dedicated partnership for screen in Scotland. Sitting within Creative Scotland, it is a partnership with Scottish Enterprise, Highlands and Islands Enterprise, Skills Development Scotland, Scottish Funding Council, working in close collaboration with the sector to ensure its success. With funding from Scottish Government and The National Lottery, Screen Scotland is driving the cultural, social and economic development of all aspects of the sector in Scotland, through enhanced funding, services and support. For further information please visit: screen.scot, and follow us on Twitter @screenscots and @screenscots on Instagram.