The Road Dance wins the audience award at EIFF 2021

The 74th Edinburgh International Film Festival marked the long-awaited return to cinema going for many, not just in Edinburgh, but across Scotland as EIFF screened its opening and closing gala films, Pig and Here Today, and the world premiere of the stunning documentary Prince of Muck at 15 cinemas across Scotland from Lerwick to Glasgow, and Inverness to Tiree.

A total of 86 in person screenings at Filmhouse, the Festival Theatre and St Andrew Square, welcomed over 12,000 people back to the communal cinema experience, all in Covid-safe venues.

The programme of in-person and digital screenings included 31 new features and 73 shorts – with 18 marking their world and 3 international premieres at the Festival – and 50% of the new features in the EIFF 2021 programme were by female directors or co-directors.

The only award given at this year’s EIFF, The Audience Award, voted for by the viewing public went to The Road Dance; the coming-of-age story of a young woman in a small island community off the west coast of Scotland in the years before WW1. 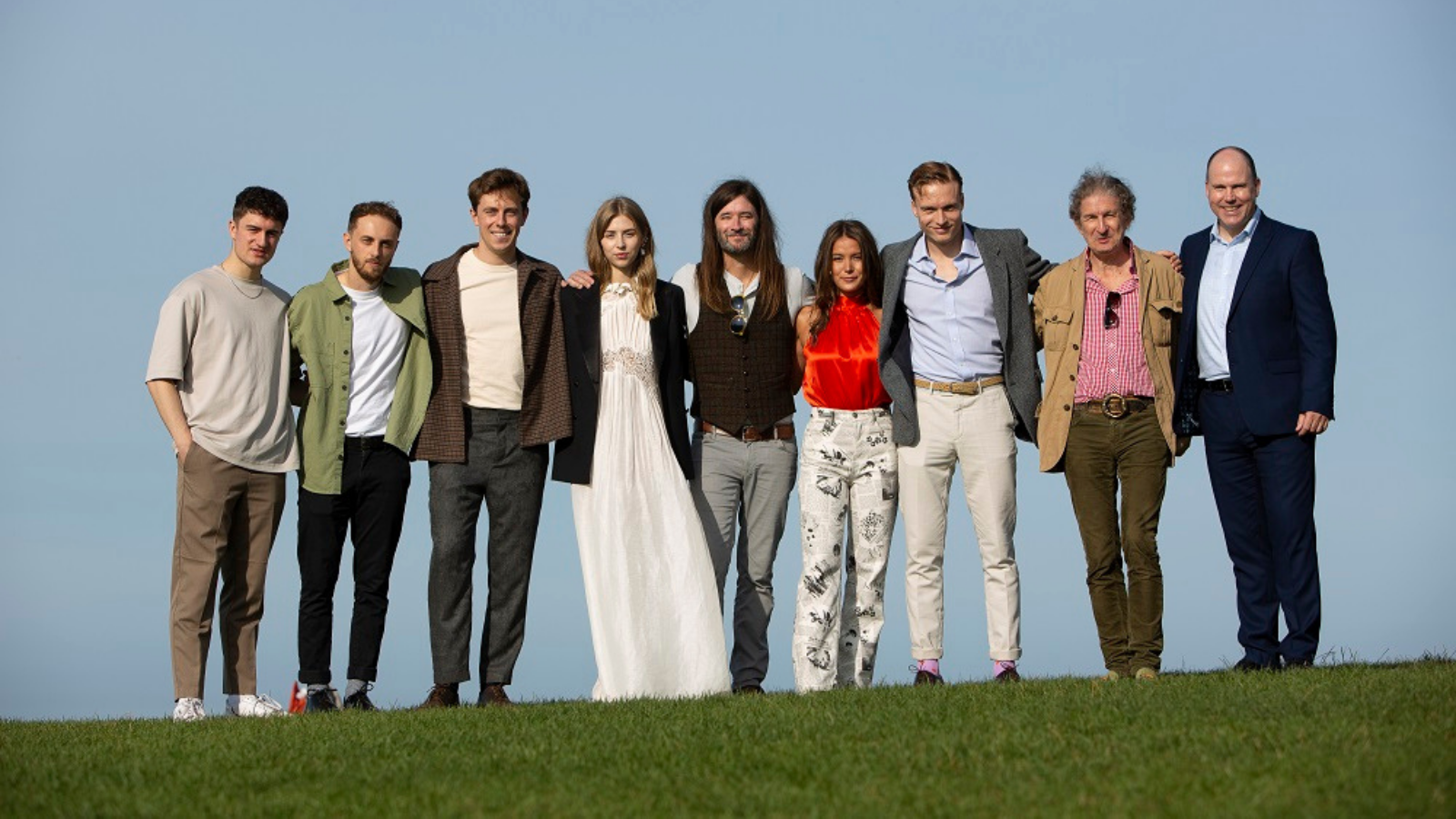 Richie Adams, director of The Road Dance said: “When I first learned of our acceptance to the festival, I was ecstatic. EIFF is such a prestigious festival, and where better to launch a Scottish film than Edinburgh. It was wonderful to be with some of our cast and crew at the world premiere and getting the chance to see everyone’s hard work pay off on the big screen. It’s a huge honor to win the audience award—I’m over the moon! As filmmakers, we make movies for audiences, so what better award could we receive.”

Over 90 of the Festival’s programmes of features, shorts, animation and experimental films were available on EIFF’s dedicated streaming platform, Filmhouse at Home, along with question and answer sessions for each film, and were watched by 3,500 people.

Ahead of the Special Preview of Everybody’s Talking About Jamie, EIFF hosted a special free event in St Andrew Square which captured the hearts of everyone there. MC’ed by Scotland’s drag lioness Lady Rampant!, Edinburgh’s Talking About Jamie welcomed the original inspiration for the musical and film Jamie Campbell and his mother Margaret. 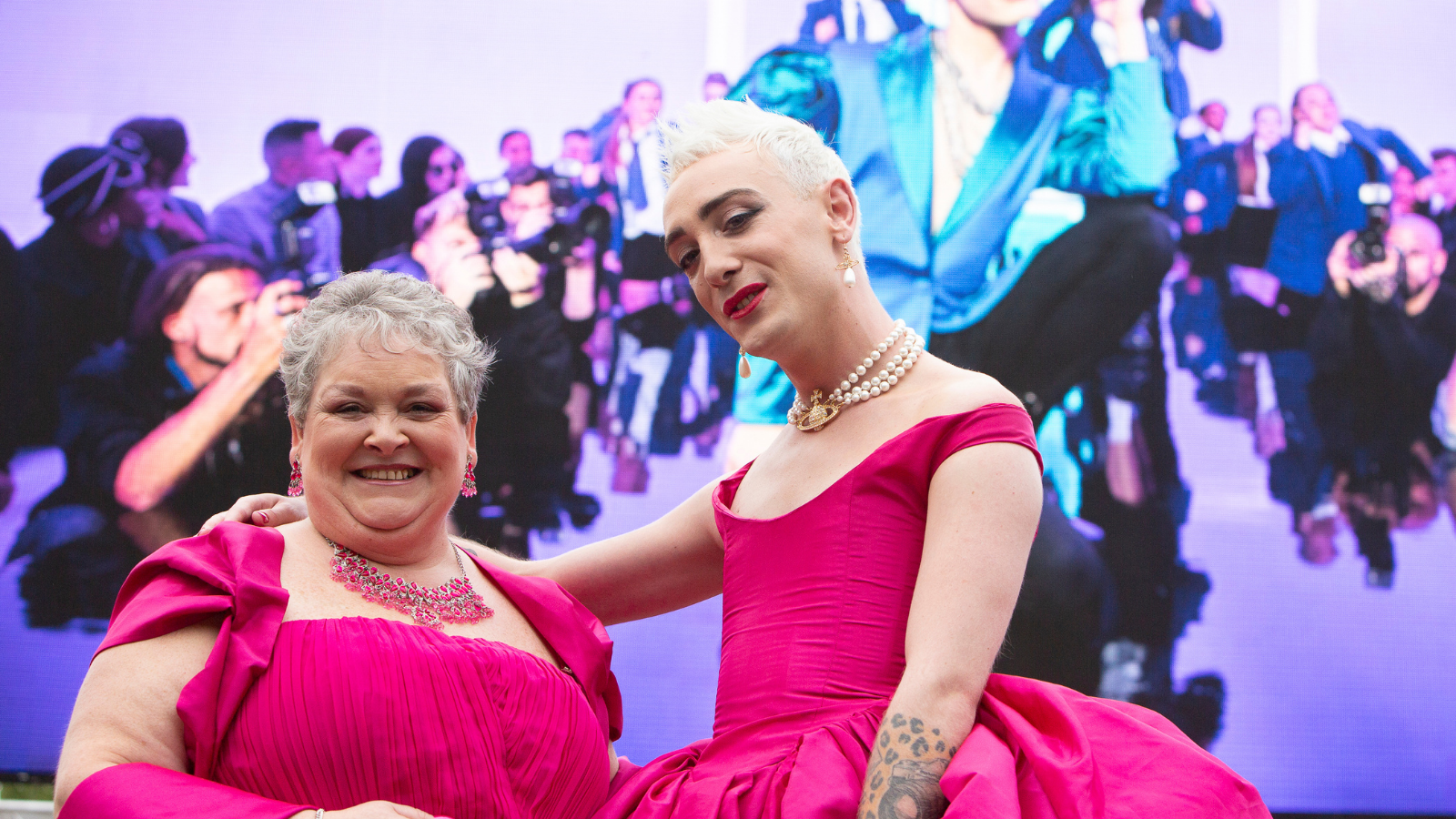 Jamie Campbell and his mother Margaret in matching pink dresses at Edinburgh's Talking About Jamie.

The Festival collaborated with Birds’ Eye View, the pathfinder for films by women, on this year’s Keynote: Crucial Conversations, a digital meeting of some of the most inspiring women currently working in the film industry: Phyllida Lloyd, Harriet Walter and Clare Dunne.

The discussion, still available on EIFF’s YouTube channel, focuses on the importance of collaboration with a team who have worked together for more than five years, in an all-female Shakespeare trilogy and then on the acclaimed new film Herself.

We hear from Phyllida Lloyd (The Iron Lady, Mamma Mia!) and writer Clare Dunne who also stars in the film alongside Harriet Walter, one of the most celebrated actors in the UK, whose credits include such film and stage productions as Sense and Sensibility, The Crown, Twelfth Night, Revival and Mary Stuart.

The second section of the Crucial Conversation is between Birds’ Eye View Director at Large Mia Bays and Shumela Ahmed, a renowned Scottish Educator and Co-Founder of the Resilience Learning Partnership who talks about the real-life aspect of the film, HERSELF, and how important lived experience and trauma-informed work is.

EIFF Fan Club is supported by Sir Ewan and Lady Brown, and the UK Government through funding to enhance the Edinburgh Festivals’ digital capabilities.

Header image: Still from The Road to Dance, courtesty of EIFF.

Established in 1947, Edinburgh International Film Festival is renowned around the world for discovering and promoting the very best in international cinema - and for heralding and debating changes in global filmmaking. Intimate in its scale, ambitious in its scope, and fuelled by pure passion for cinema in all its manifestations, EIFF seeks to spotlight the most exciting and innovative new film talent, in a setting steeped in history. Notable films premiered in recent years have included: Bait, The Souvenir, Cold War, Calibre, God’s Own Country, Hunt for theWilderpeople, Amy, Inside Out, 45 Years, A Most Wanted Man, Cold in July, The Imposter, Brave, Tabu, The Hurt Locker, Moon, Fish Tank, Let the Right One In, Man on Wire, Control, Knocked Up, Ratatouille, Little Miss Sunshine and Billy Elliot.