Find out more about how previous participants of the Outlander Trainee Scheme are developing their careers in Scotland.

The Outlander Training Programme was set up to provide an opportunity for new entrants to the screen industry to work on the largest long-running production currently in Scotland, for the benefit of the Outlander drama series and the drama production infrastructure in Scotland.

Since the programme’s inception in 2014, the training programme has allowed entry-level talent in Scotland to receive intensive on-the-job training in specific skills while working on the drama series – many of whom had never set foot on a film set before. 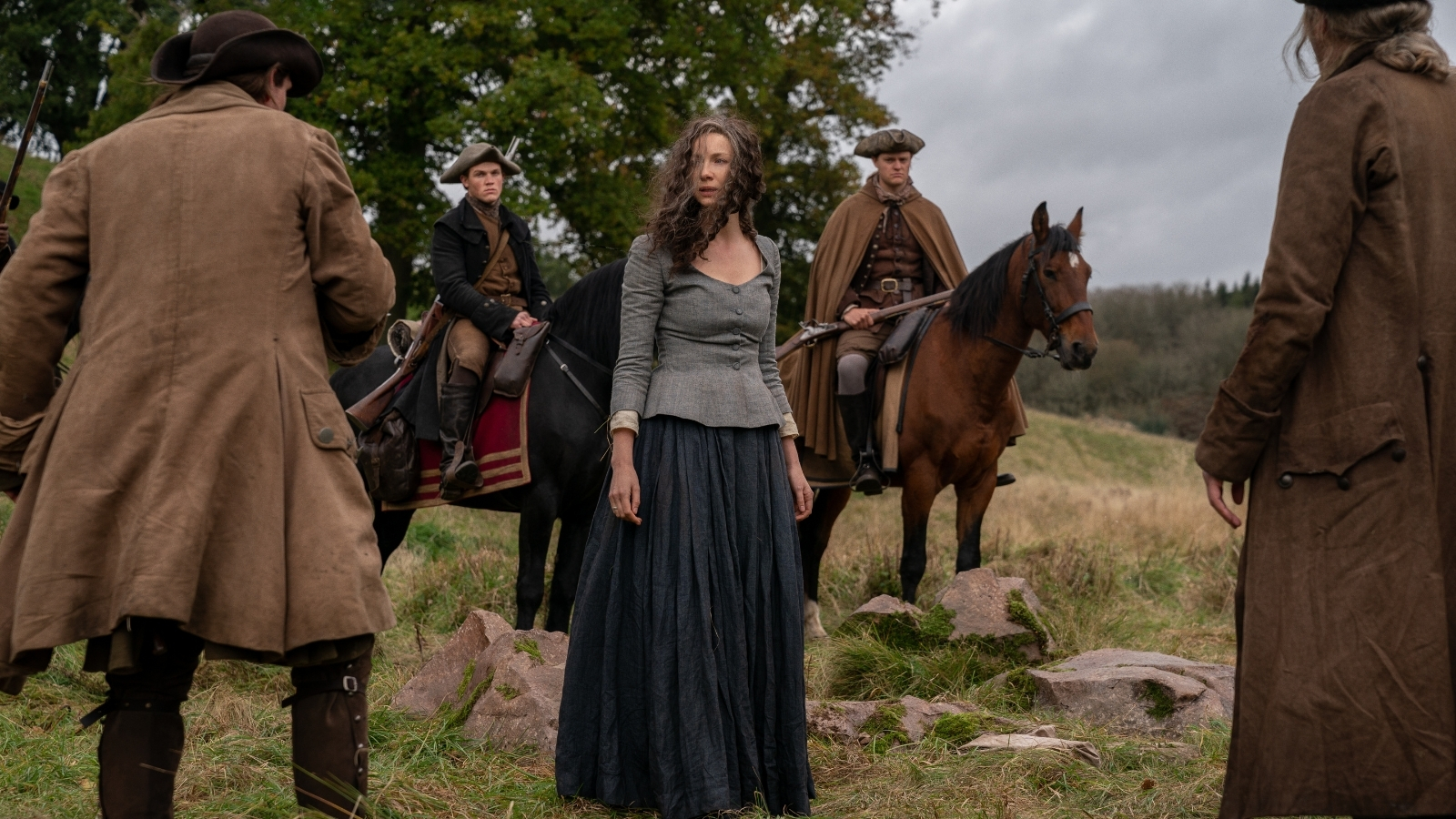 One such individual is Raymond Stirling who was a plastering apprentice for a number of years before finding out about the opportunity to work on Outlander as a plastering trainee.

Unhappy in his work environment but enjoying the work of a plasterer, Raymond jumped at the chance to apply his plastering skills within an exciting new setting.

“I never thought I would end up plastering for film and TV sets. When the opportunity came along, I was very excited to get involved and join the team.”

While on the scheme, Raymond was able to hone his skills as a plasterer for the film and TV industry. “My training involved improving and tweaking skills I had already learned through work and college. I also gained confidence to do a lot of new jobs comfortably on my own.”

Since finishing his training placement on Outlander, Raymond has subsequently gone on to set up his own plastering company principally focused on film and TV productions.

“The training scheme prepared me well both mentally and physically to competently work on other film and TV sets after Outlander. I've worked on another three productions that wouldn't have been possible if it wasn't for my time spent on the scheme.”

Raymond is continuing to find work within Scotland’s thriving screen sector having recently worked in the plastering department on Batgirl which shot in Glasgow earlier this year. He is currently working on Outlander season 7.

Jodi Webster, a draughting trainee on season 6 of Outlander, has also praised the scheme for providing her with the skills needed to forge a career within the screen sector and has seen many doors open for her since completing her traineeship.

After her time on Outlander, Jodi went on to work as an art department assistant on Good Omens Series 2 from Amazon Studios which shot in Scotland’s Pyramid Studios last year. Since then, Jodi has had no shortage of job opportunities to work in Scotland’s screen sector.

“Thanks to how busy it is up here, I was lucky enough to be offered 3 jobs which I was surprised by.”

The programme has now run across 7 successive series and has trained a total of 170 people between 2014 and 2023 through intensive ‘on the job’ training, working alongside some of the most experienced technicians in the industry.

The most recent addition of the programme was financed as a joint venture between LBP Outlander 6 Ltd (the makers of Outlander), Screen Scotland, and Screen Skills.

Outlander Season 7 Line Producer Steven Moore commented that “Season 7 is our most ambitious yet, offering training support to 33 trainees. We received over 1300 applications and interviewed 145 candidates.”

For Raymond, working in the Scottish screen sector has had a hugely positive impact on his life and he encourages others wishing to enter the industry to take part in entry-level training schemes.

“Getting involved with film and TV genuinely changed my working life for the better and I urge anyone to get involved if they get the chance.”

More on the Outlander Training Programme

Calls for traineeships go out on our Outlander Training Programme webpage, the Creative Scotland Opportunities website and ScreenSkills Trainee Finder, in advance of each series' production period. Successful applicants with relevant skills and commitment to working in TV drama craft and technical departments get a major opportunity to develop their skills and networks on an exceptional High End TV (HETV) production.

Sign up to the Outlander Training Programme emailing list to be notified for any further opportunities: https://rb.gy/nrtksh