Find out more about Scottish film and TV vehicle hire company Driven Scotland and how inward investment has enabled them to grow.

Founded in 2005, Driven Scotland has grown to be the biggest Film and TV vehicle hire company in the UK working on massive productions including Anansi Boys, Good Omens, Outlander, The Batman, 1917, The Princess Switch trilogy, The Crown and Avengers: Infinity War and Endgame.

We spoke to Founder and Managing Director Russell Equi, who runs the business with business partner Martin Auld, about how the increase in production and demand for vehicles with the ongoing content boom has supported the growth of the business. 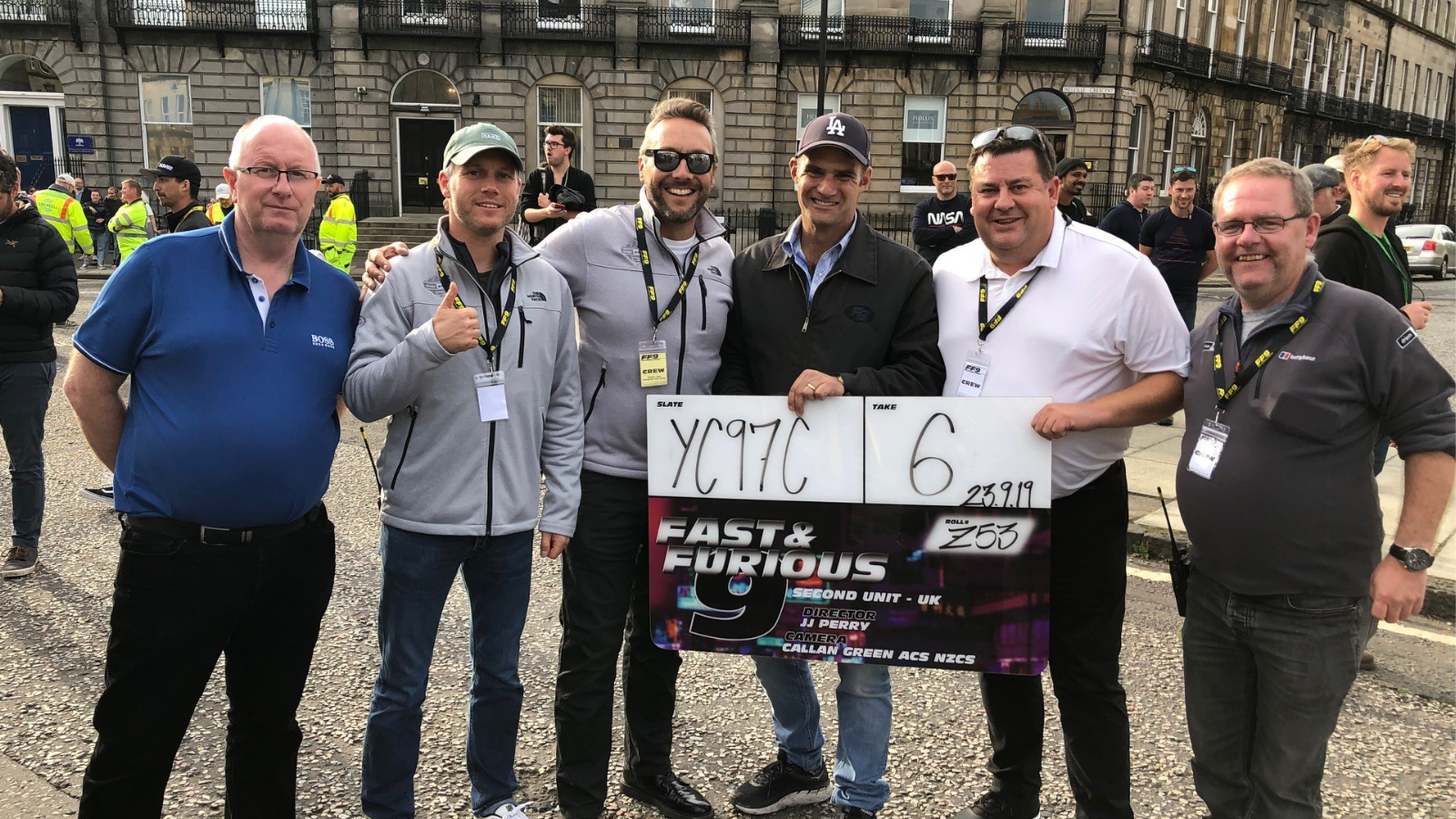 Coming from a background in film and TV security, Equi explains how he identified a gap in the industry in Scotland for a quality, joined up production vehicle service: “I noticed that the transport element of filming in Scotland was messy at the time and relied on runners in hire cars etc. and it just wasn’t very slick so I thought we could make this easier for productions and became an unofficial transport captain for productions- as many were smaller scale in 2005.

“I got a copy of Filmbang (Scottish film and TV production directory) in 2005 and emailed everyone in it and got one job on a project called Low Winter Sun for Channel 4 and they took all three of the cars we had at that time and it really built from there. Once you’ve broken the shell of getting into the film and tv and you show you are competent the work is there. Now here we are with a fleet of 30 vehicles and nowadays our clients are the likes of Netflix, Sony, Stars and Amazon etc.

“The real gamechanger for us was Outlander. You can see it in our books from 2014, that when Outlander started it was just on another level to anything that had been before. That size of production was enormous for our business in terms of growth and the production itself has continued to grow.” 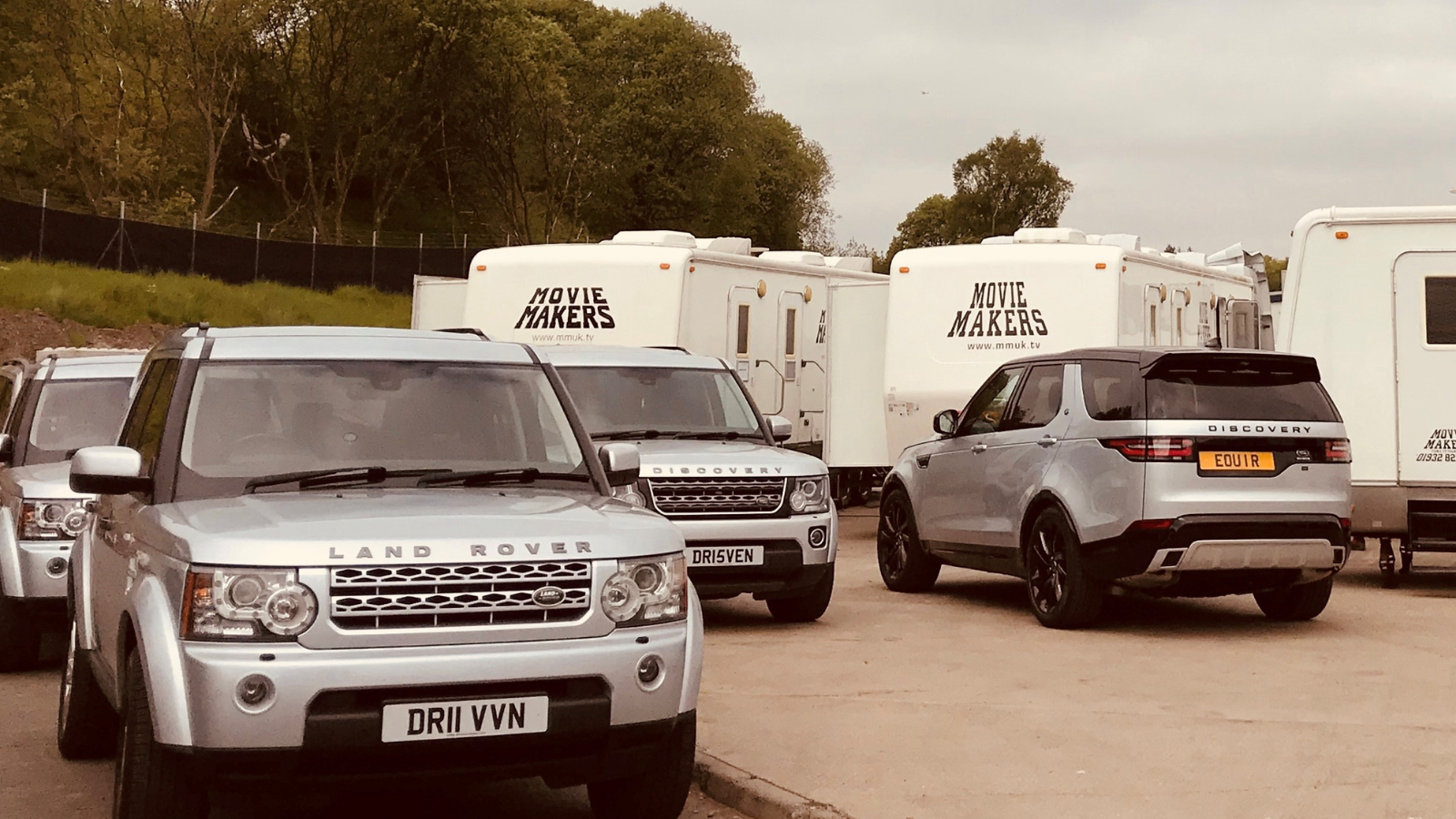 The Economic Value of the Screen Sector in Scotland report shows that in 2019 inward production had £85million of gross value added impact across the sector and Driven Scotland has felt the direct benefit of this inward investment, Equi continues:

“The short, sharp injections we get from incoming productions like Avengers, Fast & Furious 9 etc. really make a difference to our business, for a production on the scale of Avengers we had 55 cars there every day and it is great to be able to service these productions alongside the long-running projects like Outlander.”

In early 2020, when the covid pandemic hit, Equi explains how this challenging time affected the business: “When covid hit, we were on A Castle for Christmas and The Princess Switch 3 and like everyone else we had to shut down for three months but we came back bigger than ever and the demand for content and the level of production in Scotland has meant we’ve had year on year growth since 2005 and really are the busiest we have been.”

“The studio infrastructure we have now has been the other gamechanger for us, not only in terms of the scale of production Scotland can now accommodate, and the studios are all fantastic, but also because productions can now shoot all year round, when the winters used to be much quieter for us.”